Elta EN
aA
President Dalia Grybauskaitė met with the Speaker of the Upper House of the National Diet of Japan, Masaaki Yamazaki, to discuss bilateral relations and cooperation in the fields of science and innovation. 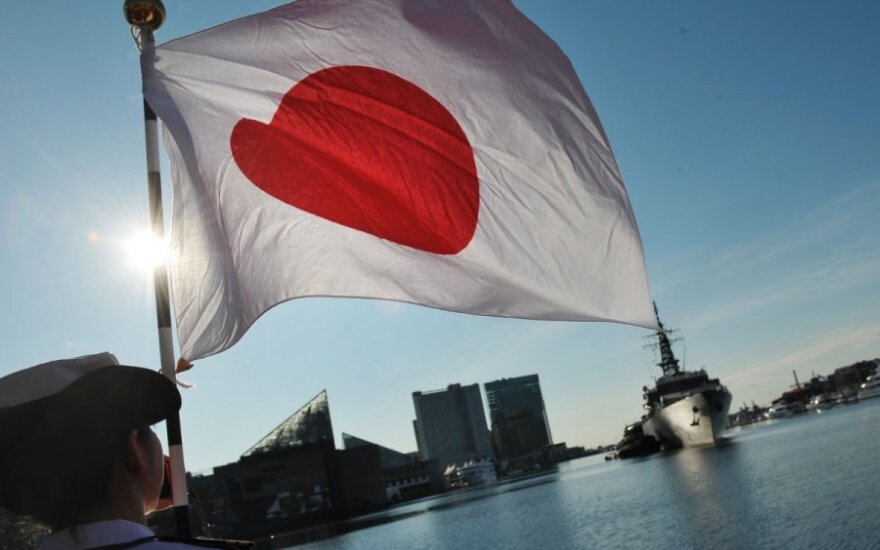 The president thanked Japan for supporting Lithuania's membership in the Organisation for Economic Co-operation and Development (OECD), press service of the president informs.

The president said that Lithuania deeply appreciated Japan's support to Lithuania's accession to the OECD. As one of the most highly developed nations in the world, Japan's supporting stand and experience were very valuable not only for improving Lithuania's competitiveness, but also for accomplishing its ambitious pre-accession plan.

President Dalia Grybauskaitė pointed out that Lithuania's membership in the OECD - which brings together economically strong and stable countries - would increase the confidence of international markets in our country, making it more attractive for foreign investment. Membership in the OECD would be greatly beneficial to the Lithuanian economy and business. At the same time, it would signify Lithuania's high international recognition.

The president also underlined that Japan's high business culture was a model to be followed by Lithuanian business people. She invited Japanese investors to actively engage in strengthening bilateral economic and investment ties.

Among the other issues discussed at the meeting were further cooperation in science and innovation, joint research projects in high technologies and life sciences. Japan is an internationally recognised leader in the high-tech sector, while Lithuania is strongly focused on investing in physical and life sciences. Closer and deeper contacts between Lithuanian and Japanese scientists will allow to fully use the potential of both countries in developing and introducing new technologies and will also boost their economic growth and innovation.

Masaaki Yamazaki thanked Lithuania for the support extended during its EU presidency to the process of negotiating the strategic partnership and free trade agreements between the EU and Japan.

It was the first visit of a high level Japanese parliamentary delegation to Lithuania.

Previously, the Japanese delegation met with Speaker of the Lithuanian Seimas Loreta Graužinienė.

Graužinienė expressed gratitude for standing Japanese Government's support for construction of the new nuclear power plant and company Hitachi for active involvement and calls for cooperation.

"In late March the main Lithuanian political parties signed an Accord on Strategic Guidelines for the Foreign, Security and Defence Policy of the Republic of Lithuania for 2014-2020, which is aimed at implementing energy projects and enhance energy independence as swiftly as possible. Therefore, cooperating with Japan and its highly advanced companies we will be seeking for prompt implementation of the established goals," said Parliament Speaker Loreta Graužinienė.

President of the Upper House of the National Diet of Japan, Masaaki Yamazaki, reassured that Japan supports Lithuania and its strive for energy independence, and will assist by offering long-standing experience and technology.

Graužinienė was pleased that Lithuania and Japan have fostered great political relations for many years.

"We are like-minded and uphold common values. I am pleased to note that relations between our states have been improving and are expanding, which is crucial at present geopolitical situation when there is a lack of stability not only in our but also in your region," Graužinienė said at the meeting.

The meeting also discussed Lithuanian-Japanese cooperation in the area of education. The need was stressed to renew discussions on concluding agreements in education.

Masaaki Yamazaki invited speaker of the Seimas to pay a visit to Japan.