BNS EN
aA
January 13 coup defendants living in Russia are willing to take part in the judicial proceedings in Lithuania, however, have not yet stated their final decision. 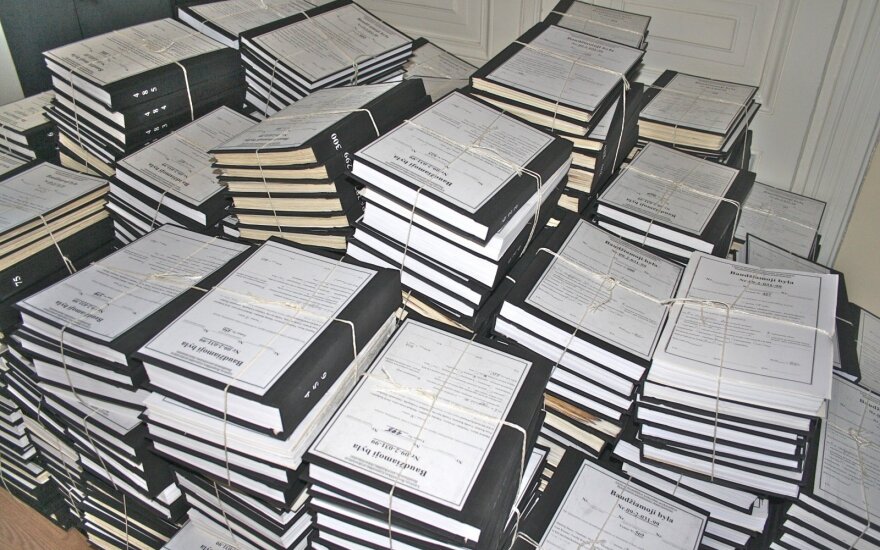 Galina Kardanovskaja, defense lawyer of Russian citizen Yuriy Mel detained in the case, told journalists that she had been approached by defendants who live in the Russian Kaliningrad region.

"They asked me about taking part in the proceedings. I do not want to talk about it now," the lawyer told journalists when asked to specify more defendants who have asked her to represent them in court. In her words, their participation in the proceedings in Lithuania in person is "out of the question, however, they want to take part."

Kardanovskaja said giving names of the persons who had inquired would not be correct.

Meanwhile, Mel requested that online broadcasts of the hearings should be resumed. Hearings were broadcast on the Internet at the start of the proceedings.

"This would serve objective course of the investigation and establishment of truth," said Mel. His opinion was seconded by his lawyer.

The Vilnius court reopened the case of attempted coup of January 13 1991 on Monday after a four-month adjournment.

More than 60 defendants stand charges of war crimes and crimes against humanity, many of them in absentia, as they are hiding in Russia or Belarus. Merely two defendants are present in hearings.

The trial is one of the biggest trials in the history of Lithuania in terms of the size and the number of suspects. The trial includes nearly 500 victims and about 1,000 witnesses. The case consists of 709 volumes, including indictment of 13 volumes. The defendants are defended by over 60 lawyers.

This year marks 25 years since Jan. 13 when 14 unarmed civilians were killed in an armed attack of the Press Palace, the TV Tower and the Radio and Television Committee building.

Russia has announced it will conduct its own investigation into the attempted coup of January 13 ,...

Due to the crisis in relations with Moscow, the European Union (EU) is currently unable to pressure...

Lithuania ‘sceptical about getting Russian assistance’ in Jan 13 coup case

Lithuania's Ministry of Foreign Affairs is sceptical about the possibility of securing Russia 's...