It was Russia's decision to include blacklisted officials into OSCE PA delegation, Lithuanian MPs say

BNS
aA
It was Russia's own decision to include officials, blacklisted by the European Union, into its delegation to the OSCE Parliamentary Assembly, members of the Lithuanian delegation say. 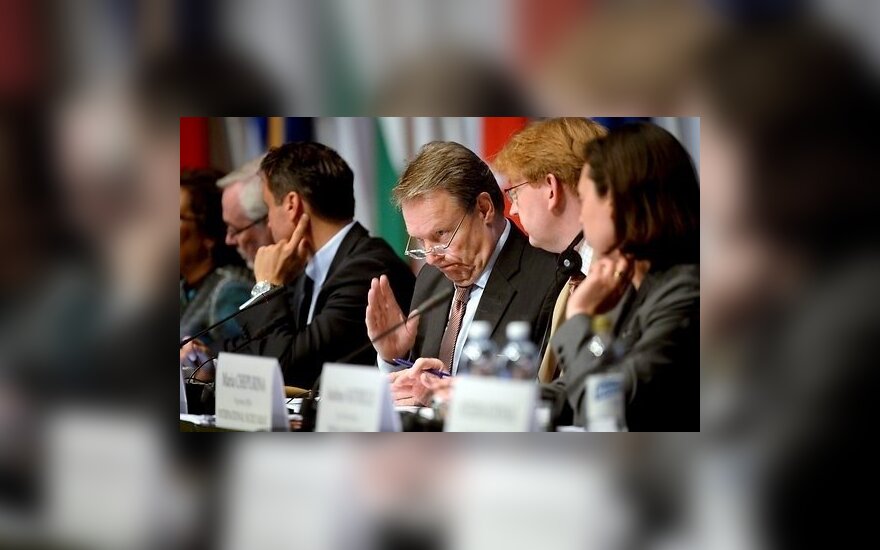 "There are several hundred members in the Russian Duma and they included those members who are on the blacklist and who contributed to Crimea's annexation and aggression in eastern Ukraine, and they formed their delegation from those specific members of the Russian Duma. There's the obvious agreement of all EU member states on banning these people from crossing EU borders and that means they are banned from crossing the Finnish border as well. It was Russia's own choice. Russia probably wanted to invoke some pity that it's not been heard and this way influence key OSCE PA documents," Lithuanian Liberal MP Arminas Lydeka told a press conference in Vilnius on Friday.

Conservative MP Vilija Aleknaitė-Abramikienė, deputy head of the Lithuanian Seimas Delegation to the OSCE PA, believes Russia wanted to present itself as a victim but lost by not participating as it had no chance to express its position.

"I would say that Russia lost more than won by not participating [in the OSCE PA] as its fake political tears convinced very few and it had no chance to express its position," she said.

Following the Finnish Foreign Ministry's decision not to allow several Russian OSCE PA delegation members enter the country, head of the delegation Sergey Naryshkin told the media that Finland made the decision by only consulting four countries, namely Lithuania, Latvia, Estonia and Romania. The entire Russian delegation decided to boycott the PA.

Lithuanian Minister of Foreign Affairs Linas Linkevičius later said Finland did consult with the Baltic country on the issue and that Lithuania was consistent with its position that no exceptions should be made to people on the EU blacklist, adding, however, that the final decision was made by Finland.

Lithuania is against exceptions for Russia 's representatives on Europe's blacklist, Lithuanian...