BNS
aA
Israel is disappointed at Lithuania's unexpected decision to vote in favour of a UN resolution rejecting US President Donald Trump's recognition of Jerusalem as the capital of Israel, the country's ambassador to Vilnius said. 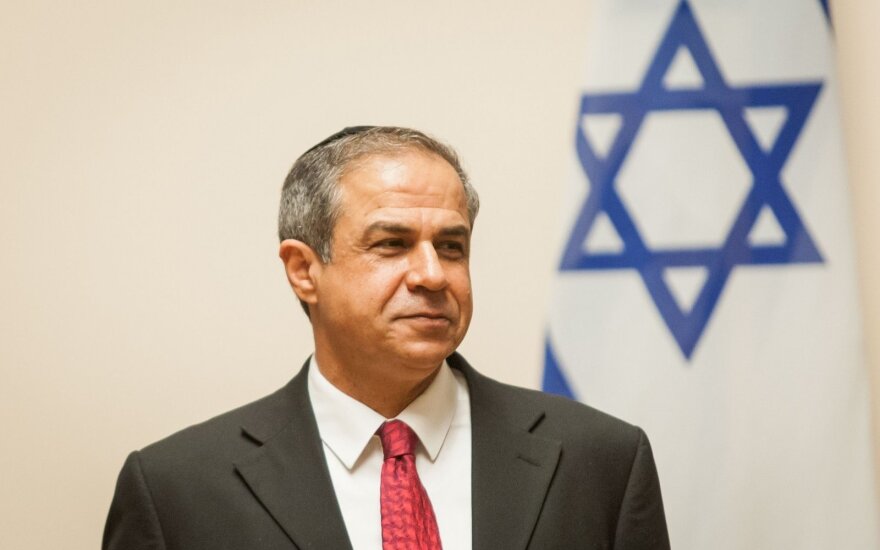 "Jerusalem was, is and forever will be my, our eternal capital. So disappointing that Lithuania did not follow the group of EU countries , among them Latvia , that abstain during today's shameful UNGA vote," Amir Maimon wrote on Facebook on Thursday evening.

Related articles
Lithuania's unexpected vote on Jerusalem: against Trump, in solidarity with EU  (3)
K. Girnius. Lithuanian-Israeli friendship, but where are the values?

During Thursday's vote at the UN General Assembly, Lithuania defied Washington's warnings and showed solidarity with the EU's major powers.

The 193-member General Assembly adopted the resolution in a vote of 128 to nine with 35 abstentions.

President Dalia Grybauskaitė's chief foreign policy adviser, Nerijus Aleksiejūnas, said in a comment forwarded by the president's spokeswoman that "Lithuania has consistently held that the issue of Jerusalem can only be resolved through negotiations".

A spokeswoman for Lithuanian Foreign Minister Linas Linkevičius told BNS that the minister had decided not to comment on the reasons for the vote.

Before the vote, Trump threatened to cut off funding to countries that would back the resolution condemning his decision to recognize Jerusalem as Israel's capital.

The resolution "affirms that any decisions and actions which purport to have altered the character, status or demographic composition of the Holy City of Jerusalem have no legal effect, are null and void and must be rescinded in compliance with relevant resolutions of the Security Council".

Lithuania's vote is not in line with its earlier practice of being one of Israel's strongest diplomatic supporters in the EU, mostly due to the history of Lithuanian Jews and Vilnius' efforts to win favour with the United States.

Many other European countries take a tougher stance toward Israel over the expansion of settlements in the occupied West Bank.