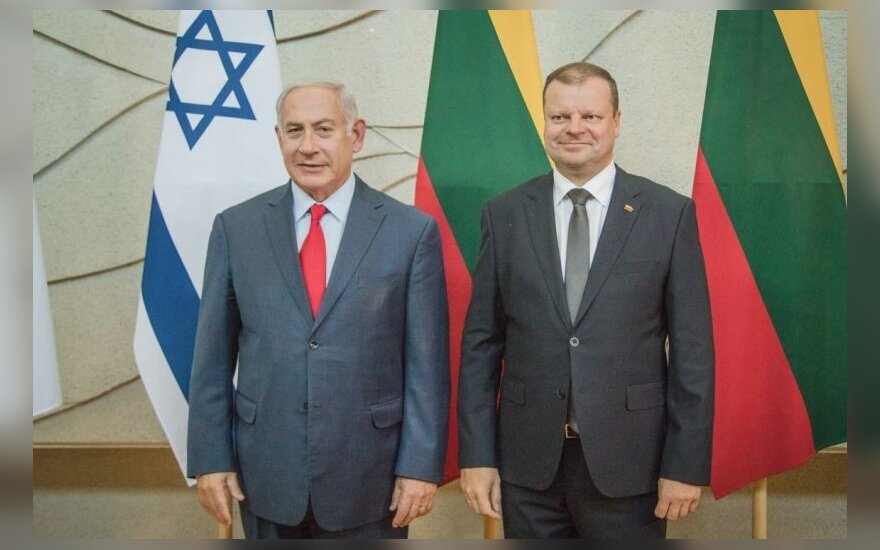 The four-sided meeting will focus on the European Union's tense relations with the Jewish state.

"Israel is often mistreated by the EU in Brussels, there are many distortions that are leveled at us, and it is refreshing to see that you take a stand of clarity, of truth and of courage, and we discussed how that can be expanded," Netanyahu said in Vilnius on Thursday.

Israel is also trying to convince European countries to step up pressure on Iran which it sees as a major threat. Meanwhile, Lithuania wants Israel to take a tougher position on Russia. The Israeli prime minister will also discuss these issues during a separate meeting with Lithuanian President Dalia Grybauskaitė.

Having Lithuanian roots, Netanyahu and Lithuanian Prime Minister Saulius Skvernelis will later travel to Paneriai where tens of thousands of Jews were killed during WWII.

"Lithuania was my ancestor's home for many generations. The story of Lithuania's Jews is both one of great triumph and great tragedy," Netanyahu said.

The Israeli prime minister also thanked the Lithuanian government for an open discussion of the Holocaust and the fight against anti-Semitism.