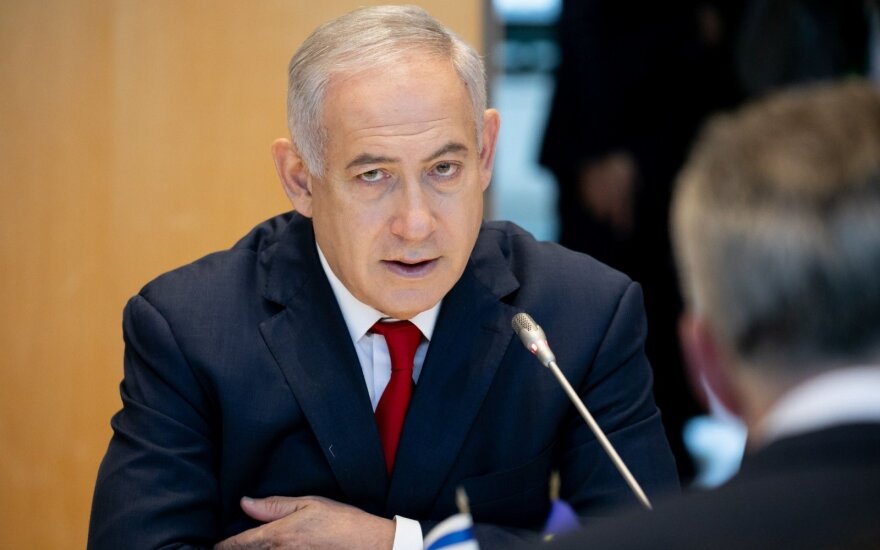 Netanyahu, who is to arrive in Lithuania for the first visit by an Israeli prime minister on Thursday, is scheduled to meet with his Lithuanian, Latvian and Estonian counterparts, as well as with Lithuanian President Dalia Grybauskaitė and the local Jewish community.

Lithuanian Prime Minister Saulius Skvernelis said on the eve of the visit that Israel is a strategic Middle East partner of Lithuania.

"We maintain close political and economic ties; we are in favor of active cooperation between Israel and the EU," he said in a comment to BNS.

Middle East issues on the agenda

While Lithuania is among the strongest diplomatic supporters of Israel in Europe, it has had to maneuver between the diverging positions of the EU and the US on more than one occasion lately.

At Lithuania's initiative, the Israeli prime minister last December was invited to Brussels to meet with EU ministers for the first time in more than 20 years.

On the other hand, Vilnius keeps to the EU's common position not to recognize Jerusalem as Israel's capital until the status of the city is set through a peace deal with Palestinians and joins other EU member states in supporting a nuclear deal with Iran that has been criticized by Israel and the US.

The situation in the Gaza Strip should also be given attention during Netanyahu's visit.

The bilateral agenda also includes the historical memory of Jews in Lithuania.

Netanyahu plans to meet with members of the local Jewish community in the synagogue of Vilnius.

"The Jewish Community of Lithuania, together with the embassy, invites the Jews to meet with Netanyahu and his wife," she added.

Over 200,000 Jews lived in Lithuania before World War Two, but more than 90 percent of them were killed during the Nazi occupation.

Around 3,000 Jews currently live in Lithuania. The country also seeks to strengthen ties with the Litvak’s -- Jews with roots in the present-day Lithuania and its historical lands -- all around the world.

Netanyahu also has Litvak roots as his grandfather was born in Krėva in what is now Belarus.