Israeli PM Netanyahu to arrive in Lithuania for historic visit 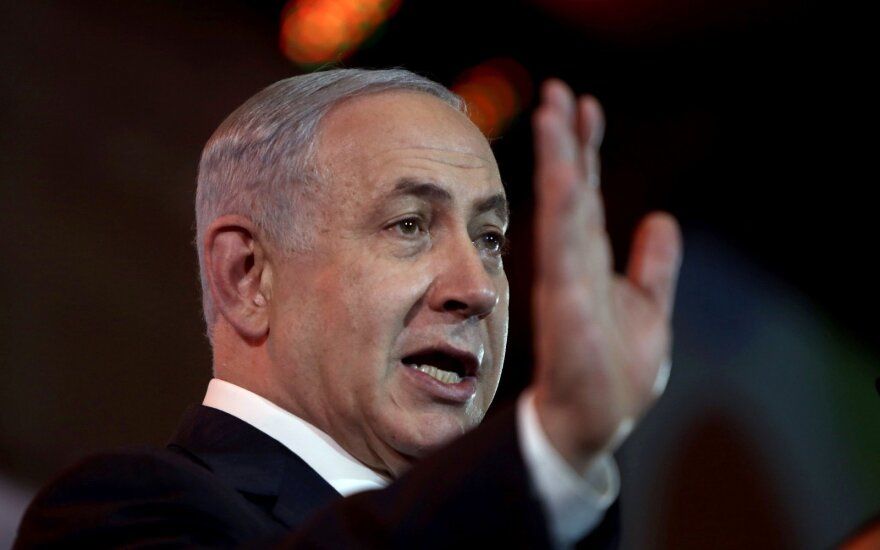 Netanyahu's four-day visit is aimed at securing greater support from the Baltic countries for pressure on Iran and paying tribute to the Jewish heritage in Lithuania.

Lithuania, for its part, would like Israel to take a tougher stance toward Russia.

"We need to better understand each other's security policy challenges, because security is indivisible, and problems in one region can move to other regions, too," Government Vice-Chancellor Deividas Matulionis told BNS.

Vilnius has been among the strongest diplomatic supporters of Israel in Europe, due in part to Lithuania's Holocaust history and to coordination of positions with the United States.

However, Lithuanian diplomats have had to maneuver between the diverging positions of the EU and the US on more than one occasion lately.

In solidarity with Europe, Vilnius does not follow in the US' footsteps in recognizing Jerusalem as Israel's capital and supports Iran's nuclear deal, despite opposition from the US and Israel.

Lithuanian Prime Minister Saulius Skvernelis and Netanyahu are scheduled to meet for bilateral talks on Thursday evening before being joined by their Latvian and Estonian counterparts on Friday. Netanyahu is also to meet with Lithuanian President Dalia Grybauskaitė on Friday.

Other issues to be discussed during what will be the first visit by an Israeli prime minister to Lithuania include cooperation in tourism, innovation and cyber-security.

Netanyahu is to meet with members of the local Jewish community in the synagogue of Vilnius and to attend a ceremony at the Paneriai Memorial, as well as to award the Righteous Among the Nations medal to the Viščiai family.

Over 200,000 Jews lived in Lithuania before World War Two, but more than 90 percent of them were killed during the Nazi occupation.

Around 3,000 Jews currently live in Lithuania. The country also seeks to strengthen ties with the Litvaks -- Jews with roots in the present-day Lithuania and its historical lands -- all around the world.

Netanyahu also has Litvak roots as his grandfather was born in Krėva in what is now Belarus.

Israeli Prime Minister Benjamin Netanyahu is to pay a visit to Lithuania this week, Lithuanian...

The Palestinians are considering opening their embassy in Vilnius later this year, making it a bridge...