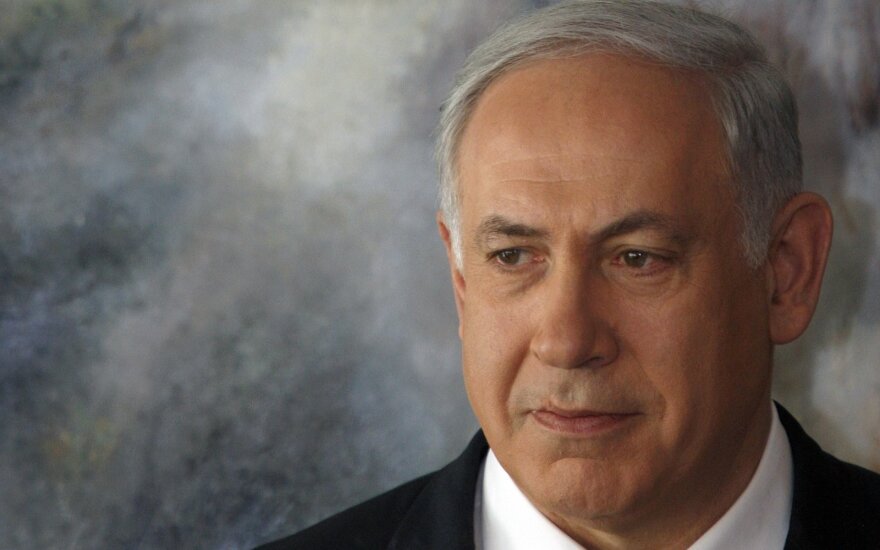 He was met by Lithuanian Foreign Minister Linas Linkevičius at Vilnius Airport and will be received by Prime Minister Saulius Skvernelis later in the day, diplomats told BNS Lithuania.

During the four-day visit, the Israeli prime minister will try to secure the Baltic states' support on international political issued and will honor the heritage of Lithuanian Jews.

Traditionally, Lithuania is among the staunchest diplomatic supporters of Israel in Europe, in part because of the Holocaust history and the coordination of positions with the United States. But Lithuanian diplomats have lately been forces to balance between different EU and US opinions.

Lithuania criticizes Israel over the expansion of Jewish settlements in the occupied Palestinians territories but does than less than some of Western European countries. Meanwhile, Lithuanian wants Israel to take a firmer position towards Russia.

"We have to better understand each other's security policy issues as security is undivided and problems in one region might spill over to over regions," the Lithuanian government's Vice Chancellor Deividas Matulionis told BNS Lithuania.

The bilateral meeting will focus on cooperation in the areas of defense, cyber security, tourism and innovation.

The Israeli prime minister is set to meet with members of the Lithuanian Jewish community at the synagogue in Vilnius, attend a memorial ceremony at the Paneriai Memorial, to present Righteous Among the Nations medals to the family of Domas and Marijona Viščiai. Netanyahu also plans to visit the grave of the Vilna Gaon.

Over 200,000 Jews lived in Lithuania before WWII, and over 90 percent of them were annihilated during the Nazi occupation.

Around 3,000 Jews now live in Lithuania, and the country seeks to strengthen tie with Litvaks, or Jews from historic Lithuanian lands, all over the world.

According to the Jewish Community of Lithuania, the Israeli prime minister's grandmother Sarah Mileikowsky (née Lurie) was born in Seduva, northern Lithuania, and his grandfather Nathan Mileikowsky was born in Krėva (now Belarus).

"Beyond this, during the visit to Lithuania I will, of course, recall the splendid Jewish community that was there, its great heights and the abyss of the tragedy of the Holocaust. There is also a personal aspect to this. The families of my parents – of blessed memory – came from Lithuania at the end of the 19th century and the beginning of the 20th; I am making this visit also for this," the Israeli prime minister said.

Israeli PM Netanyahu to arrive in Lithuania for historic visit (1)

Israeli Prime Minister Benjamin Netanyahu is arriving in Lithuania for a historic visit on Thursday.