BNS
Israel seeks to maintain good relations with Russia in resolving conflicts in the Middle East as it does not want to go back to military clashes that took place half a century ago, Israeli Prime Minister Benjamin Netanyahu said in Vilnius on Friday. 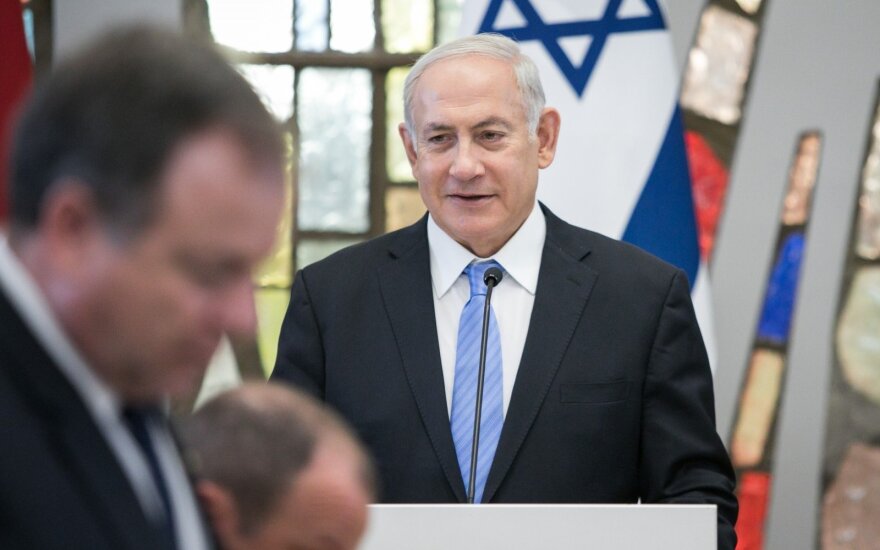 "I told the prime ministers that when I was in the army a hundred years ago (50 years ago, to be precise), we were fighting Russia in 1969, along the banks of the Suez Canal. Russia was supporting our enemy at the time, Egypt. They were shooting at our plains, we shot down Russian pilots. It was the height of the Cold War," he said.

Netanyahu said that the relationship between Israel and Russia "changed most dramatically with the fall of the Berlin Wall" as "millions of Jews from the former Soviet Union, and many of them from Russia, came to Israel and became a part of Israel's success story".

"And there was a natural human bridge of language, culture and so on. The relationship underwent a transformation and we obviously would like to see the relationship being strengthened by common agreement on everything, but this is unrealistic in today's very complex world".

"Today we agree on many things. One of the things we had agreed was the decision of Russia to put their military to Syria, right next to our borders".

The prime minister said that in repeated meetings with Russian President Vladimir Putin, they had agreed on the so-called "deconfliction" to "make sure, that we don't go back to where we were 50 years ago and shoot each other's planes from the sky".

"And we've been able to prevent that. I've said that our position is that Iran must leave Syria. Iran is trying to establish a fort base, military base with the expressed, declared purpose of destroying Israel from Syria," he said.

Lithuania wants closer ties with Israel but also calls on Israel to stop the expansion of Jewish...