(2)
aA
The first group of Iraqi refugees relocated to Lithuania through an EU programme arrived in Vilnius on Tuesday afternoon. 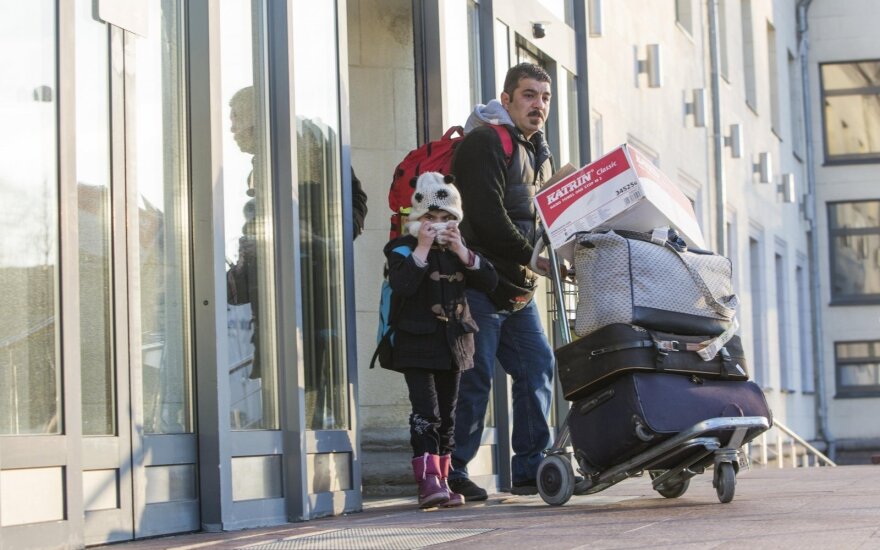 The family of four - two parents and two children - flew in on a plane from Frankfurt.

The parents told reporters in Vilnius Airport that they fled Iraq because they faced religious persecution and came to Greece this year.

This is the only refugee family to arrive in Lithuania this year, Deputy Minister of the Interior Elvinas Jankevičius has previously said.

The list of refugees submitted to Lithuania by Greek officials was longer, but after security checks, it was decided to relocate only one family to Lithuania. So far, there is no information about other people who might be moved to Lithuania. 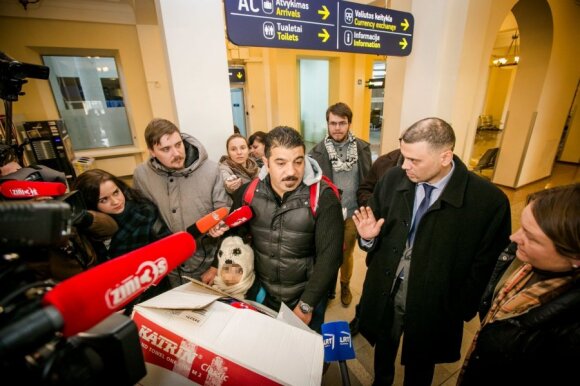 On Monday, Tomas Berzinskas, the interior minister's advisor, told the ELTA news agency that the family will be accommodated in Rukla's Refugee Reception Centre after the required documents are filled.

In order to integrate them as quickly as possible, the refugee family will be housed in Rukla for three months instead of the six that were intended earlier. Afterwards they will be transferred to the municipality of their choice, where integration assistance will be provided for another twelve months.

Expenses related to the refugees' relocation and integration will be compensated by EU funds.

Prime Minister Algirdas Butekvičius told the national radio on Tuesday that the amount of benefits would be sufficient if their integration was prompt.

A refugee will be paid a monthly allowance of €71 for food and minor expenses during the integration period at the Refugee Reception Centre. Once transferred to a municipality, the refugees will receive a monthly allowance for basic needs: one person will receive €256.2, a two-person family will be paid €326.4, and a three-person family will receive €489.6. In case a family consists of more than three people, €61.2 will be allocated per every additional person.

As reported, Lithuania has committed to receive 1,105 refugees from Syria, Iraq, Eritrea and other countries.

On Tuesday, 15 December, the first refugees from the Middle East will arrive in Lithuania from Greece...