The Lithuania Tribune, BNS
aA
Parliament member Petras Gražulis of the Order and Justice party has had his offices searched by law enforcement officers, BNS reports. 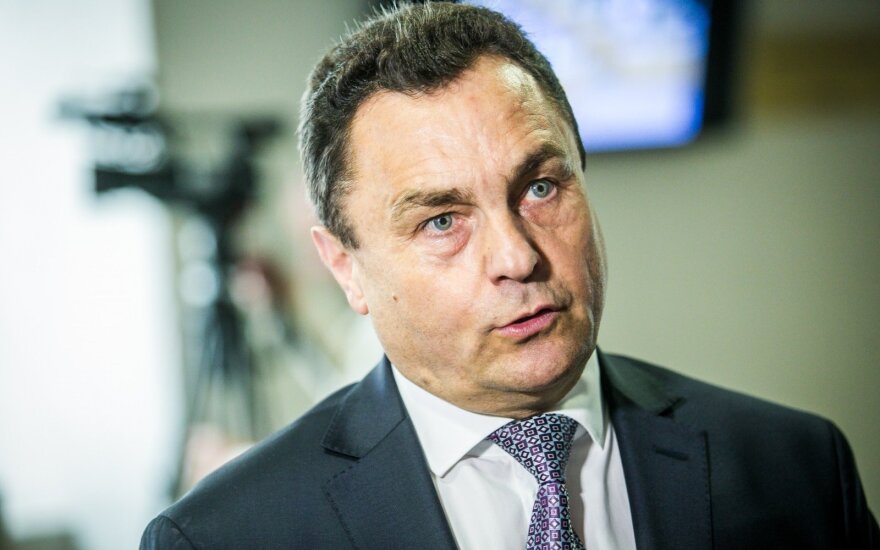 Daiva Raudonienė, chancellor of the Lithuanian parliament, Seimas, said that officers of the Special Investigation Service carried out the searches on Thursday. She did not, however, confirm they were conducted at the offices of Gražulis.

His party, Order and Justice, has been under investigation for influence peddling and money laundering.

The investigators also searched the offices of Jonas Milius, the country's chief veterinary officer, as part of the same investigation.

"I can confirm searches at the offices of these persons," Elena Martinonienė, spokeswoman for the Prosecutor General's Office, told BNS.

The Special Investigation Service said in a statement on Thursday that it suspects that the top executives of an unidentified food product company sought to bribe various individuals who could help it escape penalties that are normally imposed for occupational safety, packaging, labelling, hygiene or other violations.

Searches and seizures have been conducted in several Lithuanian cities as part of the investigation.

Gražulis, who is a member of the Order and Justice party, said that he was unaware of the situation. He neither denied nor confirmed that the influence peddling probe involved Judex, a frozen food product company where members of his family work.

The anti-corruption officers on Thursday morning also searched the office of Milius, director of the State Food and Veterinary Service.

Agriculture Minister Virginija Baltraitienė said that the SIS director had informed her about the searches, but provided no details.

Milius said on Thursday that his communication with representatives of Judex food production company was part of his daily work.

He described the situation as highly unfortunate, saying that no businessmen had ever "offered or given" him anything. Milius said he would be questioned shortly.

"We were in contact with the Judex company a lot, the company's representatives came to my office numerous times, especially about exports," Milius told the national radio LRT on Thursday.

"This is my work, finding new markets and assisting companies is my daily work. I have very many meetings of this type as part of my daily routine," he added.

Milius said that MP Gražulis had called him a number of times.

The Special Investigation Service has also conducted procedural actions at Judex premises and the office of the company's CEO, according to BNS sources. Patricija Pochomovaitė, the company's commercial director, is Gražulis' assistant.