Investigation launched into Heil Hitler inscription on synagogue in Kaunas

BNS
aA
Lithuania's police has launched a pre-trial investigation into a Heil Hitler inscription on the sign of the synagogue in Kaunas, Lithuania's second-largest city.
Sekite svarbiausias naujienas socialiniuose tinkluose! 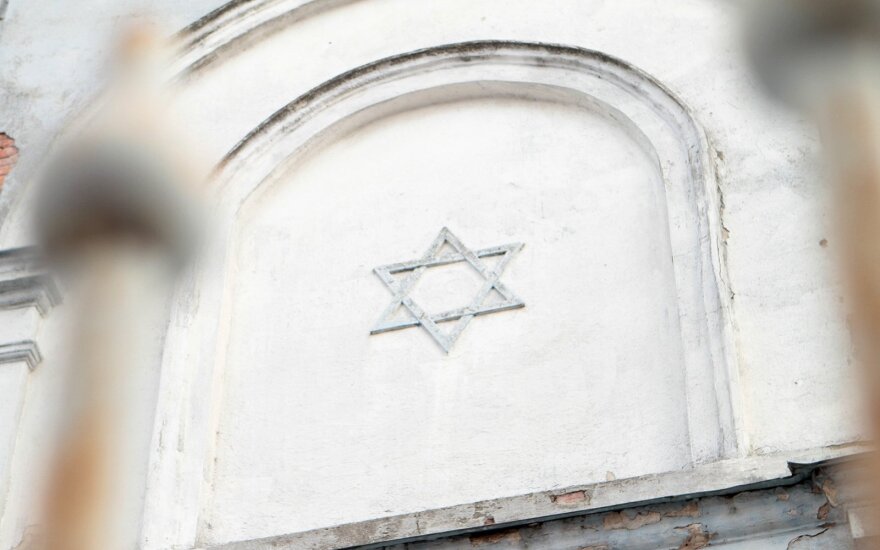 "The incident has been registered. A pre-trial investigation has been started," Ramunas Matonis, spokesman for the police, told BNS Lithuania on Saturday night.

The investigation was launched into incitement to hatred, he added. The offence is punishable with a fine, freedom restriction, arrest or up to two years in prison.

Simonas Gurevicius, chairman of the Jewish community in Vilnius, shared a photo of the inscription on Facebook, saying that it's a manifestation of anti-Semitism.

"I believe it's an act of provocation aimed at not only smearing the Jewish prayer house, but also the commemoration of the Lithuanian army day, Kaunas, as the future European Capital of Culture, and also Lithuania as the year of Jewish history is approaching," Gurevicius wrote on Facebook. 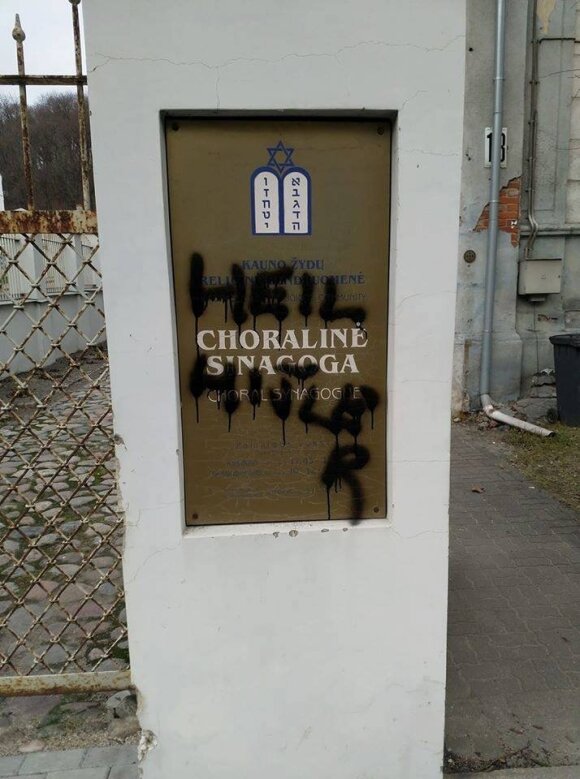 "With no doubt, it's a manifestation of anti-Semitism, and let's acknowledge the fact that their number has been increasing lately," he added.

Five similar incidents have been recorded in Vilnius, Siauliai and Kaunas District lately as swastikas or crossed David's stars were drawn, and also a monument to XX century Jewish industrialist Chaim Frenkel was also vandalized in Siauliai.

Valentinas Tamulis , mayor of Lithuania's central District of Kedainiai , has called an incident...