BNS
aA
The ambassadors of Western countries in Kiev have expressed their regret over the recent resignation of Ukraine's Economic Development and Trade Minister Aivaras Abromavičius, praising him for his efforts in fighting corruption and implementing reforms necessary for Ukraine's economy. 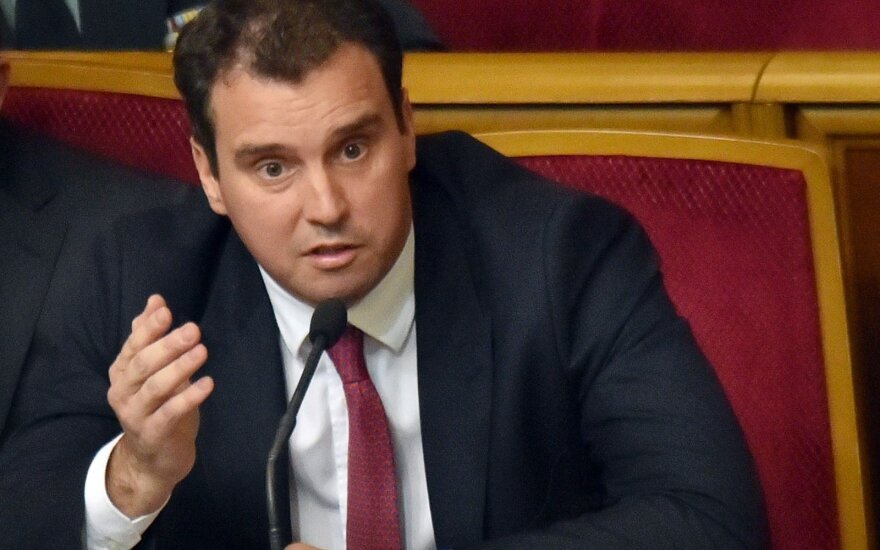 "We are deeply disappointed by the resignation of Minister for Economic Development and Trade, Aivaras Abromavičius, who has delivered real reform results for Ukraine," reads the statement signed by the ambassadors of the United States, Germany, France, the United Kingdom, Canada, Italy, Japan, Sweden, Switzerland and Lithuania.

"During the past year, Abromavičius and his professional team have made important strides - implementing tough but necessary economic reforms to help stabilize Ukraine’s economy, root out endemic corruption, bring Ukraine into compliance with its IMF program obligations, and promote more openness and transparency in government," the diplomats said.

"Ukraine’s stable, secure and prosperous future will require the sustained efforts of a broad and inclusive team of dedicated professionals who put the Ukrainian peoples' interests above their own. It is important that Ukraine's leaders set aside their parochial differences, put the vested interests that have hindered the country's progress for decades squarely in the past, and press forward on vital reforms," the statement reads.

Abromavičius announced his resignation earlier on Wednesday, saying that he cannot be "a smoke screen for open corruption" undermining his effort to revive the war-hit country's economy.

"I decided today to resign as minister. The reason [for the resignation] is an upsurge in activities towards blocking any systemic and important reforms in our country," Abromavičius said, cited by Interfax news agency.

Observers say the resignation of Abromavičius, who has a dual Ukrainian-Lithuanian citizenship, highlights disagreements in Petro Poroshenko's pro-Western government.

The Lithuanian Minister of Economy of Ukraine , Aivaras Abromavičius , said on Wednesday he was...

Lithuanian Parliamentary Speaker Loreta Graužinienė urged Ukraine to push on with the reforms...