DELFI EN
Interior Minister Saulius Skvernelis, who has seen his approval ratings soar in recent months, has reportedly decided to throw his lot with the Social Democratic Party for the coming general elections this October. 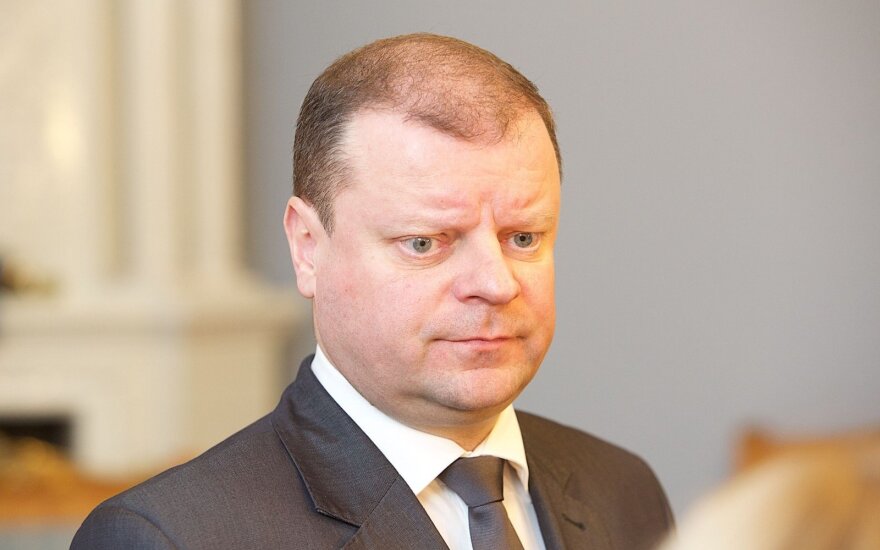 Skvernelis, who has been delegated to the ministerial post by the Order and Justice party, will run for a parliament seat in the Žirmūnai single-member constituency in Vilnius as a social democrat candidate, sources in the party have told DELFI.

According to the anonymous sources, the party has agreed "in principle" on giving Skvernelis the Žirmūnai constituency, although any official announcement will have to wait.

Skvernelis himself has refused to confirm his plans for the Seimas elections.

"I can say that I will announce my decisions publicly, once I've made them," he told DELFI.

The sources also say that Skvernelis could get a high spot - even second or third - on the Social Democrats' candidate list for the multi-member constituency.

Skvernelis, a former police chief, has been offered the post of interior minister in 2014 by the Order and Justice party, although he is not a member of the party.

His ratings soared after a big manhunt operation in Vilnius last November and a row with Seimas Speaker Loreta Graužinienė that followed.

Order and Justice has also reportedly tried to woo Skvernelis. Reluctance to raise tensions between the two ruling parties may be the reason for the interior minister to hold back his political plans.

Three politicians are in a close battle for the first spot in popularity ratings, a survey by the...

Rolandas Paksas , the leader of the Order and Justice party, rejects rumours that he might be...