(1)
BNS
Lithuania's Interior Minister Saulius Skvernelis has decided to run for parliament in the upcoming elections with the Peasant and Green Union. 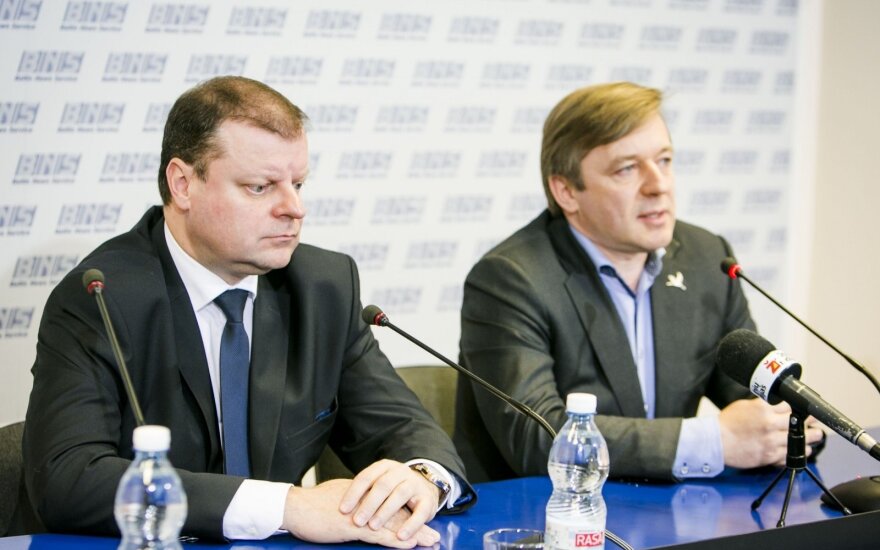 The minister expressed hope to remain "an independent specialist technocrat".

Skvernelis, who has been delegated to the post of interior minister by the Order and Justice party, has previously been rumoured to consider joining the Social Democratic Party.

"I have made up my mind to run for the elections, to run with the people whose work is based on values and the people (…) who pave way to politics for non-affiliated people," Skvernelis told a Vilnius news conference on Wednesday.

Skvernelis started his career in the interior system in 1998 and headed the Police Department between March 2011 and November 2014 when he was appointed the interior minister. He was delegated to the post by the Order and Justice party, which Skvernelis is not a member of.

During the last parliamentary elections of 2012, the Lithuanian Peasant and Green Union, led by Ramūnas Karbauskis, secured 3.88% of the vote, failing to cross the 5% threshold in multi-mandate voting. Rima Baškienė was the only member to win a mandate in a single-mandate district.

According to the latest Vilmorus poll, Skvernelis is the most popular politician, his performance is favoured by 60.9% of respondents.

In recent surveys, about 7% of those polled said they would cast their votes for the Peasant and Green Union.

MEP Rolandas Paksas, leader of the Order and Justice party which delegated Skvernelis to the ministerial post, commented that it would be "fair and decent" for him to leave the post before starting to campaign with a different party.

"I believe the minister should think until Easter and make a decision (…). It would be fair and decent for him to resign from the post," Paksas told BNS on Wednesday.

With growing popularity in the polls, analysts believe that the Lithuanian Peasant and Green Union...

Interior Minister Saulius Skvernelis , who has seen his approval ratings soar in recent months, has...