Elta EN
aA
Minister of the Interior Saulius Skvernelis says that the police will launch an internal investigation into the actions of officers that led to the escape of a fugitive who also stole an automatic rifle. According to the minister, there is no reason for any resignations of high-ranking officers. 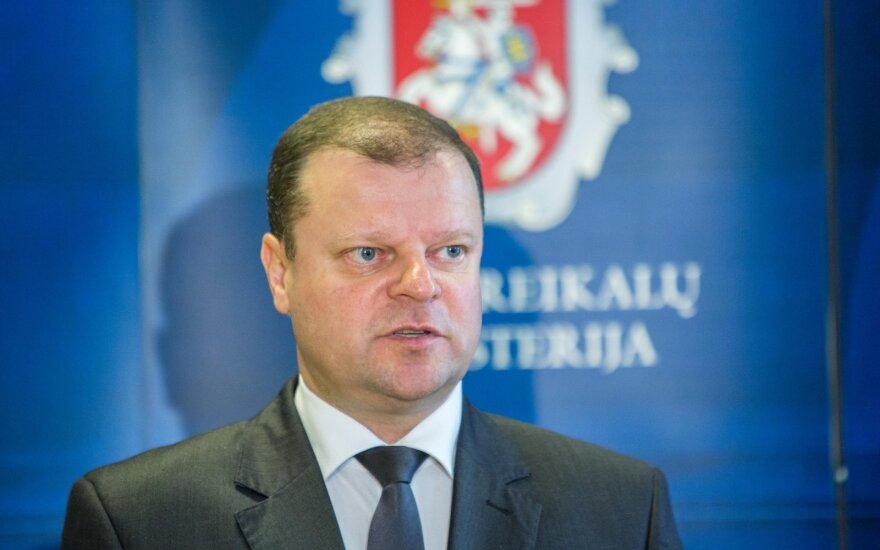 On Thursday evening the man, who had been detained earlier, escaped from a police vehicle and also stole a misplaced AK74 carbine which was left behind in the car. A massive search operation was launched and he was caught more than five hours after the escape.

Skvernelis said during Friday's media conference that the police would review the procedures for how officers carry and use automatic weapons. The efficiency of the plan Detention will be evaluated as well.

On Thursday, the interior minister called the loss of the firearm a deplorable incident. On Friday he refrained from detailed comments about the officers' actions.

"It would not be smart of me to pronounce a verdict regarding the officers now. The police will reach a decision, the police commissioner general is competent," Skvernelis said.

According to the minister, the incident was a result of negligence of individual officers and not of how the police operates in general.

"As much as someone may be angry about the negligence of certain people, do not rush to put the boot in the agency which you may need to call at some point," said Skvernelis.

Skvernelis noted that during the whole operation, he kept in touch with Prime Minister Algirdas Butkevičius and updated him on the progress of the operation.

"The prime minister knew the details to the very last moment, when the weapon was found," said the interior minister.

As reported, 3,000 officers were called up for the search of Igor Molotkov, who was on the run for approximately five hours. The interior minister says the security of people was not threatened in other parts of the city.