BNS
aA
Lithuania's Prime Minister Algirdas Butkevičius says the decision on Interior Minister Saulius Skvernelis and whether or not he will remain in his post will be made after a meeting with Order and Justice party leader Rolandas Paksas. 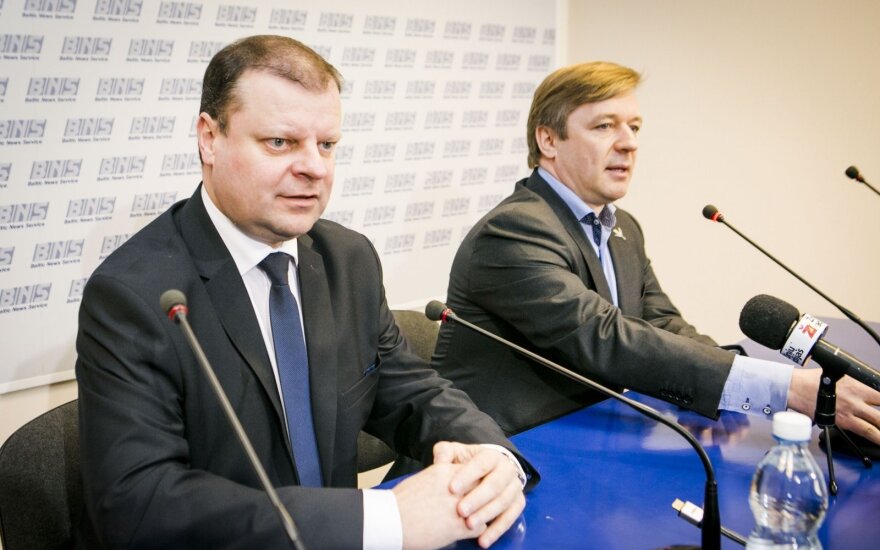 "After I return from my visit to China, I will meet with the Order and Justice party's leader Rolandas Paksas immediately after Easter and ask for his opinion, as that party had delegated Skvernelis to the government. I will then make my decision," the prime minister told BNS on Wednesday.

Skvernelis, who is currently rated as one of the most popular politicians in Lithuania, responded on Wednesday by saying "the prime minister is my direct boss and I'm accountable to him, and if my running for the Seimas with another political power undermines the implementation of the government program, then those specific steps will be made."

The discussions on Wednesday about Skvernelis' future in the Cabinet were fueled by his statement about planning to run for the Seimas this fall with the Lithuanian Peasant and Green Union, which has no parliamentary mandates. Skvernelis was delegated to the Cabinet by the ruling Order and Justice party in November of 2014. However, the minister is not a member of that party and has no plans to join any other political force.

Earlier on Wednesday, MEP Paksas stated that it would be "fair and decent" for Skvernelis to leave the post.

"I believe the minister should think until Easter and make a decision (…). It would be fair and decent for him to resign from the post," Paksas told BNS Lithuania.