BNS
aA
Lithuania's Interior Minister Eimutis Misiūnas has instructed the ministry's Corruption Prevention and Internal Investigations Division to scrutinize the circumstances of a possible leak of information from the Migration Department to third parties. 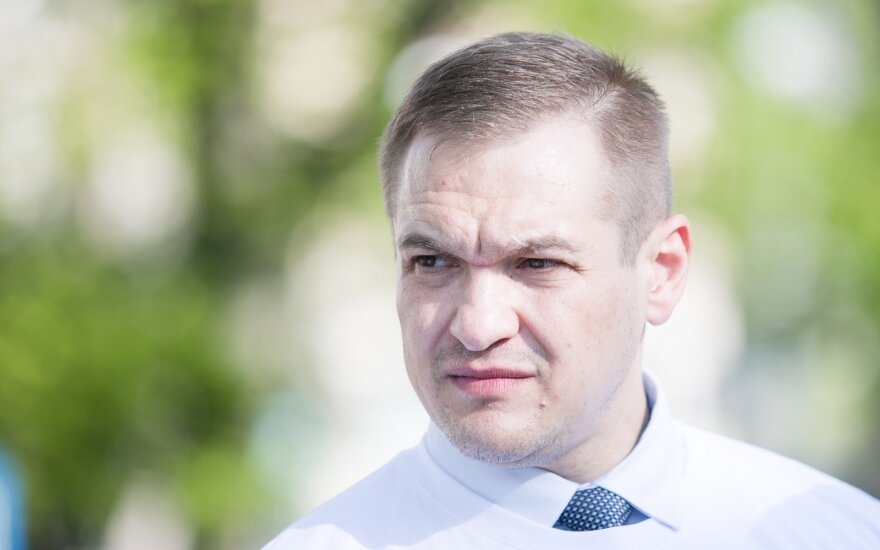 The minister instructed the ministry's Corruption Prevention and Internal Investigations Division to scrutinize the circumstances, while the Prosecutor General's Office requested information from Juozas Bernatonis, chairman of the parliamentary Foreign Affairs Committee and said it would decide on further action after receipt of the data.

Report about the probes came a day after delfi.lt news portal said that restricted information had been sent to Russian Constitutional Court judges, specifying the reasons behind the ban for them to attend an international congress in Lithuania.

According to the portal, the problems were caused by the fact that the materials contained a position by Lithuanian Constitutional Court president Dainius Žalimas to refuse entry to the judges for legalizing the Crimea annexation. Based on the position, Moscow has started pressuring Lithuania to remove the judges from the black list, barring Žalimas from entering Russia.

The Interior Ministry also said that the probe would also check information on "granting of asylum to persons listed as persona non grata," however, did not provide further detail.

"We should take a principled stance on the situation. This is not the first or the second case when the Migration Department has to make public explanations over questionable decisions," Misiunas said in a press release.

The minister requested to receive the information by Monday, the planned date of his return from a visit to China. After collecting all information, he pledged to decide on the type of the in-house investigation.