BNS
aA
Lithuania's Interior Minister Rita Tamasuniene has disqualified herself from any decision-making related to the distribution of EU funds for the Vilnius region where she resides. 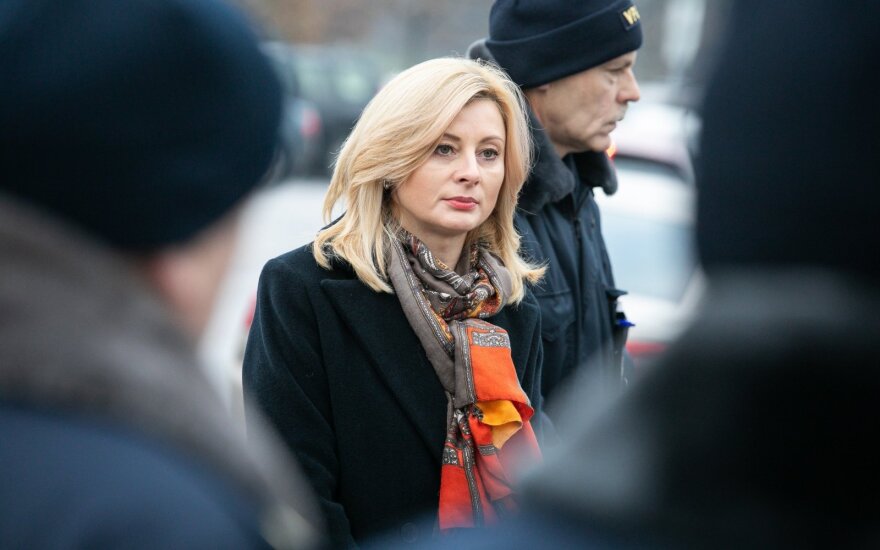 "Since the minister lives in the Vilnius region, she decided to disqualify herself to avoid any potential conflicts of private and public interests," Bozena Zaborovska-Zdanovic, an adviser to the minister, told BNS. "We want everything to be clear and transparent."

On Wednesday, Tamasuniene handed in her request to be disqualified "from participation in drafting, considering or making decisions directly related to the distribution of the European Union's structural funds planned for the Vilnius region".

Related articles
Minister: we are ready to bring its citizens back from virus-hit China
EU funds will be used to improve living conditions for refugees

Up until now, ministers have disqualified themselves from decisions related to their former places of employments or those of their spouses and family members.

Last June, Environment Minister Kestutis Mazeka disqualified himself from decision-making related to a wastewater system project in Marijampole Municipality as he lives there and was elected to the Seimas there.

Meanwhile, Transport Minister Jaroslav Narkevic has been criticized for his failure to disqualify himself from decision-making related to the allocated of funds for road asphalt-paving in Trakai District where he lives and was elected.

EU funds will be used to improve living conditions for refugees

Lithuania's government decided to change the existing rules for the accommodation of refugees in the...