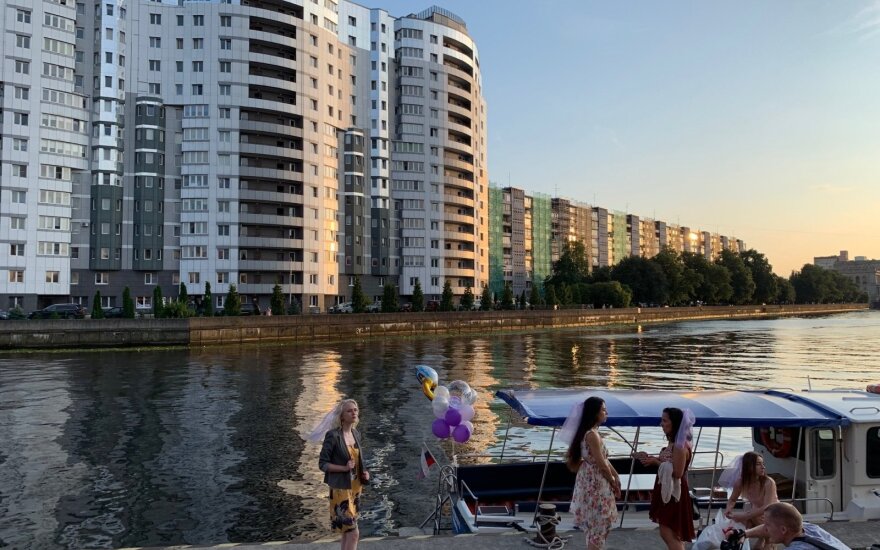 Last year, Russia introduced a free e-visa scheme for citizens of Lithuania and 52 other countries visiting the Baltic Sea exclave of Kaliningrad, and St. Petersburg and the Leningrad region.

The State Security Department and the military intelligence warn, however, that while this decision opens up additional travel opportunities for Lithuanian citizens, it also poses a risk to national security.

Presenting the reports at a press conference at the parliament on Tuesday, the SSD's director Darius Jauniskis said Lithuania's intelligence has recorded attempts to recruit Lithuanian citizens by using the mentioned possibility.

"Yes, we have recorded attempts and these are not isolated cases. This is why we are saying that's a big risk as the trap has been put by Russia itself with very clear intentions," he said, refusing, however, to disclose the number of such recorded attempts but adding that these were not "tragic numbers".

"Visa facilitation and the consequent increase of foreigners traveling to Russia are particularly favorable to Russian intelligence services," the Lithuanian State Security Department and the Second Investigation Department under the Defense Ministry said in their National Threat Assessment 2020 report released on Tuesday.

According to the report, Russian intelligence services receive information about arriving foreigners "the moment they submit their visa applications".

"Among the travelers, Russian intelligence services look for individuals who may possess valuable information or who are perceived as vulnerable," the report said. "The Russian intelligence services pay special attention to former and active politicians, businessmen, law enforcement officers, military personnel, and journalists traveling to Russia."

According to Jauniskis, some questions in the questionnaire one needs to fill in to receive an electronic visa seem rather strange.

"There are interesting and strange questions in there, going very deep into the personal data bases," he said without specifying specific suspicious questions.

Remigijus Baltrenas, head of Lithuania's military intelligence, told the press conference that civil servants should very carefully consider the need to travel to Russia or Belarus.

"I would like to add to the SSD director's recommendations, especially for servant and workers of state institutions: you should be very careful when choosing and considering the need to travel to Russia and Belarus," he said.

Lithuanian intelligence also warns that Russia employs "soft power", such as influence over the Russian-speaking diaspora, history policy, promotion of the Russian language and culture, and strengthening of cultural cooperation, to "expand its influence in the post-Soviet space".

The report named Pyotr Chagin, an officer of the Russian Federal Security Service (FSB), as "one of the most active individuals in these activities" and published several photos of the man.

"For intelligence activities against Lithuania he uses the cover of 'Fond Pobedy', a non-existent organization in the Kaliningrad region," according to the document. In his legend the FSB officer adopted a fictitious identity of Petras Taraskevicius and claimed to be representative of ‘Fond Pobedy’ in Lithuania.

"Operating from the Kaliningrad region, Chagin developed contacts with representatives of Russian compatriot organizations in Lithuania and exploited them to organize and fund multiple events. These events were meant to underline a positive impact the Soviet Union and Russia made on the development of Lithuania," the report states.

The report also includes several photos of this person.

Just like in previous years, the report identifies Russia's foreign and security policy as the key to Lithuania's national security.

The report also released a photo from last November's spy swap operation in the Curonian Spit.

Despite Russia's continuous attempts to have impact on its compatriots residing in Lithuania, the impact of these attempts is weakening, the SSD director says.

"The impact is weakening, with no doubt. I should state that civil awareness has increased significantly," he told the press conference on Tuesday.

Russia is trying to influence not only Russian-speaking residents of Lithuania but also people of Lithuanian nationality, Jauniskis said.

„There have been attempts, and should say, bold attempts to influence one way or another, with money, playing with feeling or planting something," he said. "But their possibilities are suspended."