LT Daily, media brief
aA
The supermarket chain Norfa has been named in an influence peddling investigation that involves the leader of one of Lithuania's ruling parties and the head of the Lietuvos Rytas media group. Norfa owner Dainius Dundulis denies allegations against him and his business. 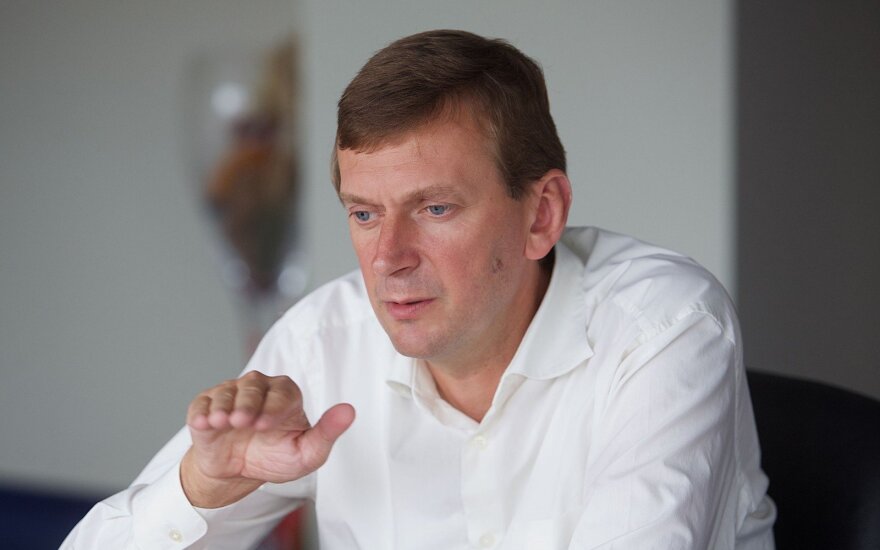 The Special Investigation Service on Monday questioned Order and Justice party leader, MEP Rolandas Paksas, part-owner and director of the Lietuvos Rytas media group Gedvydas Vainauskas and Dundulis. Investigators suspect that Norfa asked Vainauskas to mediate and offer a bribe to Paksas whose party member runs the Ministry of Environment. Norfa allegedly wanted to smooth over the inspection of its new supermarket in Prienai, central Lithuania.

In an interview to 15min.lt, Dundulis said: “I really did not go to anyone and did not ask for anyone to help me. And I really did not request any assistance from Gedvydas Vainauskas.”

He said the investigators questioned him about his ties with Vainauskas and Paksas and took some documents from Norfa's offices.

"I have met him [Paksas] only once and I know Vainauskas, because we sponsor the Lietuvos Rytas basketball team. The news about the influence peddling investigator came like the bolt from the blue. We take no part in politics. We are not playing at the level where we'd have to ask for help over a supermarket," Dundulis said.

He added that communication between entrepreneurs and politicians was a normal thing: “Why entrepreneurs should not have access to any politician or public servant? Because then they will be charged with who knows what. But what does a country live from? The better it is for the business, the better it is for the state. After all, the employment depends on how successful businesses are.”

Paksas, Vainauskas and Dundulis were all questioned as special witnesses, meaning there might be evidence of their involvement in a crime. The Special Investigation Service later brought suspicions against Vainauskas.