BNS EN
aA
A constitutional amendment to allow an individual access to the Lithuanian Constitutional Court on Thursday failed to clear the first hurdle in the parliament. 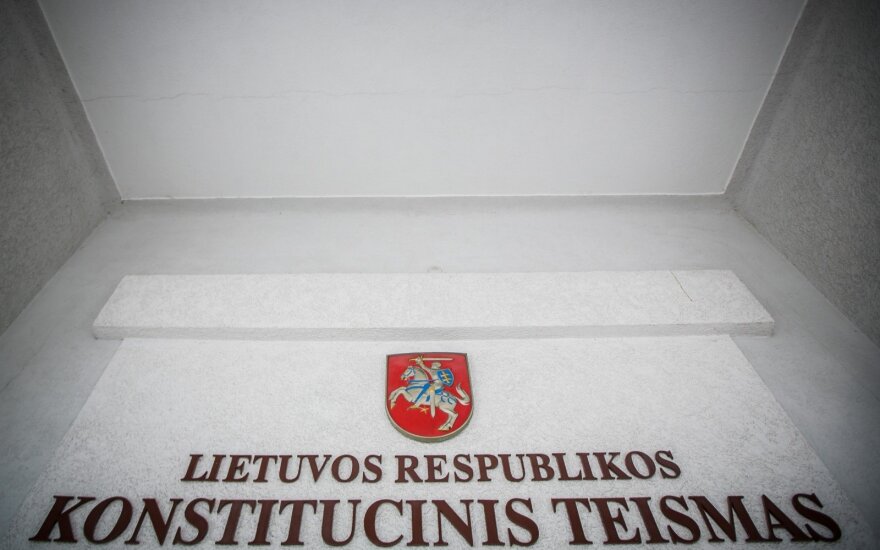 In the first vote on the amendment establishing the institute of the individual constitutional complaint, 90 members of the Seimas voted in favor, none voted against and seven abstained.

A two-thirds majority, or at least 94 votes, was required for the parliament to continue debates on the amendment.

The draft document called for amending two articles of the Constitution to allow any person who has exhausted all other available means of legal protection to turn to the Constitutional Court over the conformity of a law or an act of the Seimas, the president and the government with the Constitution if he or she beleives that a decision based on the legislation has violated his or her constitutional rights or freedoms.

Currently, only the Seimas, a group of lawmakers, the president, the government and courts can directly turn to the Constitutional Court.

Lithuania's ruling parties to go back to individual Constitutional claim

Lithuania's ruling coalition will again propose a law on individual Constitutional claim, although the...

Seimas to try to return to individual constitutional complaint amendment

The Lithuanian parliament will on Thursday try to return to the issue of individual constitutional...