BNS
aA
The group of emerging major economies, BRICS, may become a key geopolitical player, although its perspectives will become clearer after establishment of a development bank, India's former foreign minister Salman Khurshid said in Vilnius. 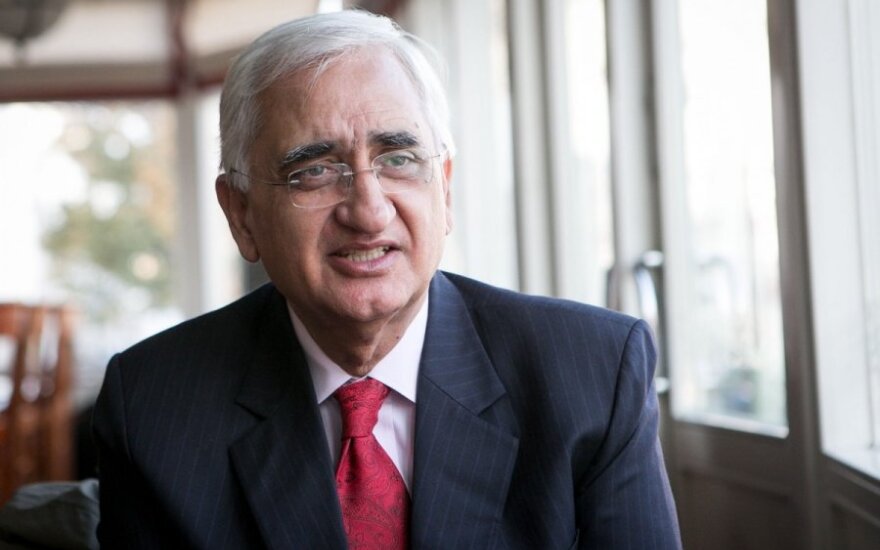 "I think its still in its infancy," the minister told BNS in comment of BRICS, an acronym referring to Brazil, Russia, India, China and South Africa.

"It needs to make some important steps, particularly in establishing the BRICS bank, which was a very ambitious project and that the success of establishing this bank is indication how serious the organization BRICS is in fact. I think that it is a tremendous potential, there's still a long way to go," Khurshid said.

Established in 2009, the BRICS decided last July to found a development bank in hopes of making it an alternative to the World Bank and the International Monetary Fund prevailing in the Western world. The bank should be fully operational in 2016.

In Khurshid's words, BRICS may become a significant geopolitical factor in the future, however, the group focuses on economic issues and does not aim to become a military alliance.

"Certainly, it can become a geopolitical player in the world, but, as I said, it has a long way to go […]. There's a lot of strong economic and political blocs nowadays, BRICS are on of these blocs. It will take a little time to see, which economic blocs will be sustainable and which will fall away," the Indian ex-minister told BNS.

He said BRICS aims to have a consensus on major geopolitical issues but acknowledged that stances on the Ukrainian conflict differ: "India, for example, takes a position, that is middle-handed position between the two rather extreme positions."

Khurshid served as India's foreign minister between October 2012 and May 2014.