BNS
aA
Lithuanian President Dalia Grybauskaitė is somewhat sceptical about the so-called new social model, a package of reforms to the labour code and the country's welfare system. 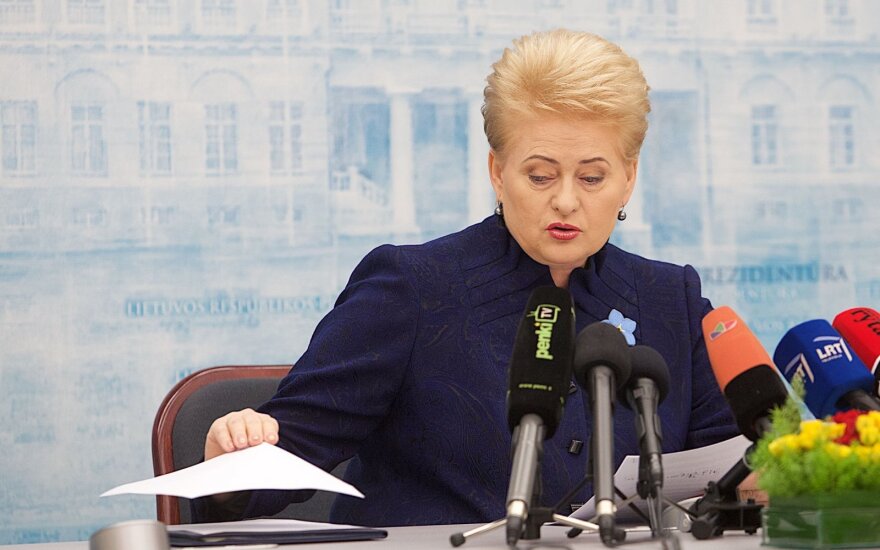 After meeting with the parliamentary Social Affairs and Labour Committee, the president said she believed that "growth of pensions should be made independent of election cycles" and depend instead on "the country's economic performance and financial capabilities", according to Grybauskaitė's spokeswoman Daiva Ulbinaitė.

"The president has noted that another thing that would help narrow the income gap, reduce unemployment, create new jobs... is making decisions that would bring more flexibility to labour relations," Ulbinaitė added.

Related articles
Discussions on reforms of labour code almost complete
Indexing could raise pensions by up to 7%, says Butkevičius

The Social Affairs and Labour Committee chairwoman Kristina Miškinienė, a social democrat, said that the committee would continue discussions on raising pensions.

"We will probably not reach an agreement today on pensions. The committee has many questions how this will affect public finances in the long run, how much additional funding it will require. There are many proposals, including on raising retirement age or moving part of the pensions to the state budget," Miškinienė says.

Committee member Rimantas Dagys, a conservative, said the parliament would not adopt the entire reform package by the end of its term this autumn. Many measures need more discussion, he believes, although indexing pensions and adopting some changes to the Labour Code would be possible.

"On this topic [indexing pensions], we could probably finish by autumn, although the package as a whole raises many questions," Dagys said.

The government submitted the package of some 600 laws at the end of last year. Prime Minister Algirdas Butkevičius has said that the new social model should be adopted by the general elections in October.

However, Parliamentary Speaker Loreta Graužinienė has cautioned that the spring plenary, starting on March 10, will be too busy to pass the entire package.

Indexing could raise pensions by up to 7%, says Butkevičius

Lithuania pensions could rise by 6% to 7% in the coming year driven by their indexing to wage growth...

President Dalia Grybauskaitė is critical about the so-called social model, an ambitious Labour...

Lithuania's retirement readiness index has not changed in the past three years. Over the past year,...