Independence Day events to be canceled in closed spaces

(2)
BNS
aA
The Board of the Lithuanian Seimas, upon receipt of the health minister's recommendation, made the decision on Friday night to cancel all events planned at the parliamentary palace, including the commemoration of the 30th anniversary of March 11, the Day of Restoration of Lithuania's Independence, due to the threat of the new coronavirus, Speaker of the Seimas Viktoras Pranckietis told BNS. 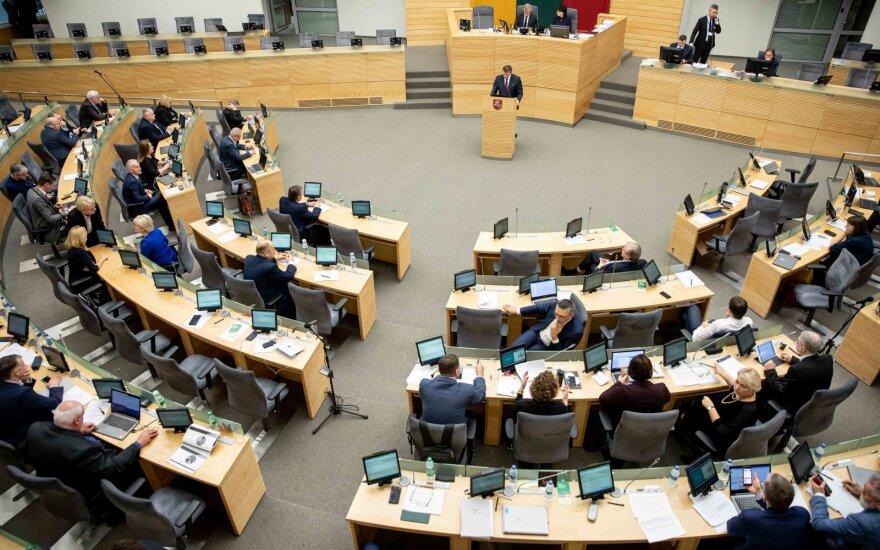 "People who belong to the risk group in the face of this virus would be attending, therefore, we canceled everything based on the recommendation," he said.

Under the Board of the Seimas' decision, all events planned in closed spaces at the parliament have been cancelled until April 30, including Seimas events to mark the 30th anniversary of the Restoration of Lithuania's Independence.

"There will be no March 11 events inside. There will be a flag hoisting ceremony in the square and there will be a short statement in the Seimas' plenary sitting hall on March 10 as events are not Seimas sittings," he said.

Moreover, visits by several delegations to Lithuania will also be cancelled, Pranckietis said. In his words, the first sitting of the Seimas' spring session will take place and lawmakers will decide then on how to work further. Pranckietis says this sitting has to take place under the Constitution, adding that the 30th independence anniversary will be commemorated once the coronavirus threat disappears.

Planned conferences, sittings, meetings will also not take place at the parliament until April 30, the board decided, and new events will not be planned. All excursions to the parliament have also been cancelled until this date and new ones will not be organized.

Lawmakers and parliament staff are also recommended to cancel trips. Pranckietis, however, does not plan as yet to cancel his trip to the United States, saying that he has not received recommendations from this country not to travel.

The first coronavirus case was reported in Lithuania early Friday morning. The virus was detected in a female resident of the country's northern city of Siauliai after she returned from Italy.

Ryanair reacts to coronavirus and cancels some flights

On 2nd March, Ryanair notified passengers that it was reducing its short haul flight program (mainly...