the Lithuania Tribune
aA
The International Monetary Fund warned on Wednesday that will halt its €35 billion bailout programme to Ukraine unless the country takes immediate action to tackle rampant corruption. 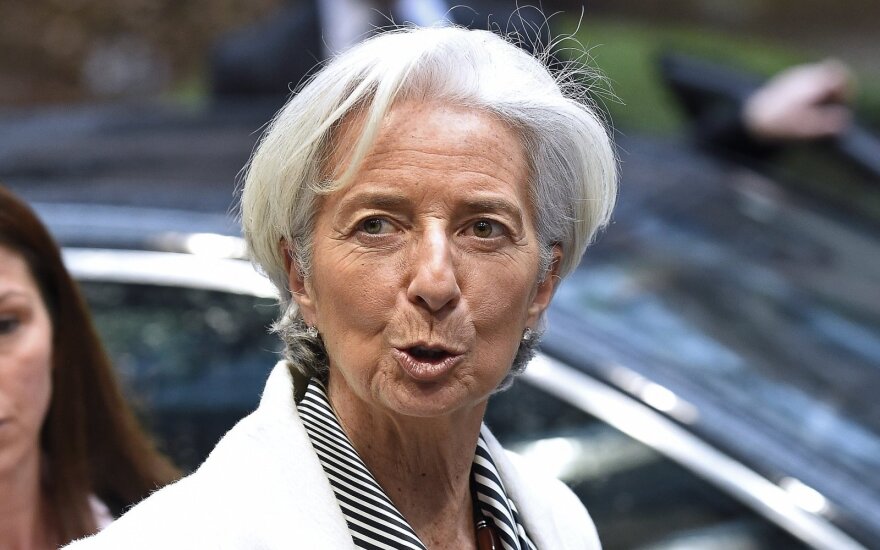 "Without a substantial new effort to invigorate governance reforms and fight corruption, it is hard to see how the IMF-supported programme can continue and be successful," said the IMF’s managing director, Christine Lagarde, indicating the organisation could soon withdraw financial help.

Lagarde's warning followed the resignation last week of the Ukraine’s economy minister, Lithuanian Aivaras Abromavičius, which highlighted continuing corruption in the country, divisions inside the government and the slow pace of reforms promised under the IMF programme.

In what appeared a reference to Abromavičius's complaint that vested interests continued to dominate Ukrainian policymaking, Lagarde said she was concerned about slow progress on corruption.

“I am concerned about Ukraine’s slow progress in improving governance and fighting corruption, and reducing the influence of vested interests in policymaking,” Lagarde said.

"Ukraine risks a return to the pattern of failed economic policies that has plagued its recent history. It is vital that Ukraine's leadership acts now to put the country back on a promising path of reform," she said.

The IMF’s programme involves releasing money in stages and has always been contingent on economic and political reforms in Ukraine. A third tranche of assistance has been held up since October because IMF officials grew increasingly concerned that the financial assistance would be squandered or embezzled by corrupt officials.

The IMF’s support has been vital in preventing a total economic collapse in Ukraine with figures, for the third quarter of 2015, showing the Ukrainian economy contracting at an annual rate of more than 7%.

Not enough measures are being taken by the Ukraine to eradicate corruption, according to Lithuanian...