Iceland's Jon Baldvin Hannibalsson: Euro is a currency in search of a state

Ramūnas Bogdanas,
DELFI EN
aA
DELFI observer Ramūnas Bogdanas interviews former foreign minister of Iceland Jon Baldvin Hannibalsson who was the strongest supporter of Lithuania's independence in 1990-91 among all Western politicians. He closely continues to monitor the development of Lithuania. 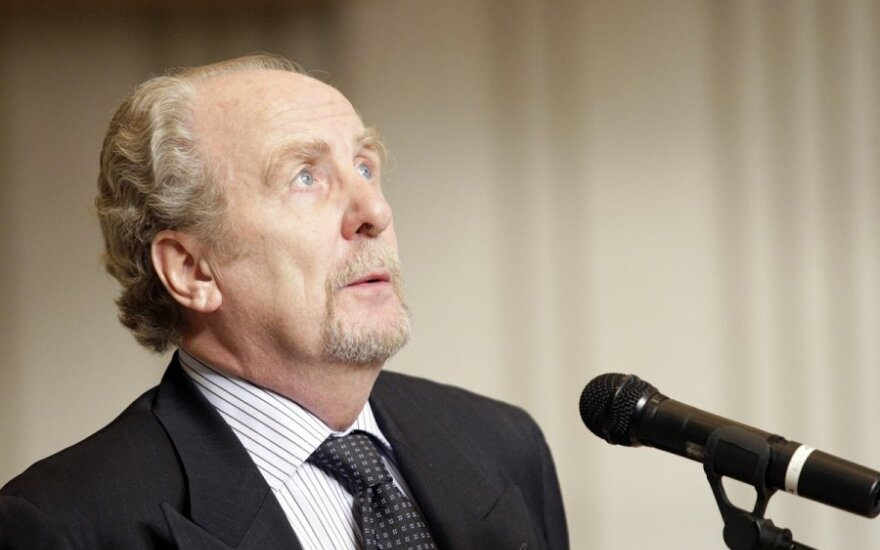 Lithuania is about to introduce euro. You are the economist by education and you have served not only as a foreign minister but also as the minister of finance. What is your opinion about the decision of Lithuania to join the euro zone?

For Lithuania, joining the euro is a logical conclusion of being operating on EU internal market. And it means another thing: it confirms that you have reached a certain level of confidence in your macroeconomic management, because you fulfil the strict entrance requirements concerning fiscal propriety, low level of inflation, low level of interest rates, etc. So it is a testament of quality.

What does the euro bring to the country?

For a small country to have access to one of the major world currencies - on the premise that it is a strong and stable currency – is, of course, a valuable asset.

What is needed for you to make progress diversifying your economy is primarily a stable currency. It should make business easier: transaction costs lower, transparency and price comparisons easier; logically, it would make foreign direct investment more attractive.

It should, in all, make Lithuania more competitive and open the chances of establishing business in new branches in the knowledge business, in information technologies. The internal EU market gives you a market and the currency gives you the means. On the whole, it is positive.

Is it the right time to do this when the euro is going through what is not the best of its times?

The answer is not a straight “yes”, because it is for you to assess the timing - noting, for instance, that Sweden, which is a rather well-managed economy, these days has hesitated. The Danes, having been long-time members, have opted out, meaning that they have the euro de facto, having pegged the exchange rate to the euro, like you have. So it is for you to assess if the timing is right.

I admit that I have had my recent doubts about the euro system. It is a complicated issue but I can put it like this: the euro is the only multinational or transnational currency in the world looking for the state. Because by definition, if you refresh your memory with economic textbooks, a monetary union cannot operate, cannot function efficiently, unless it has a government and the coordination between fiscal and monetary policy. If that is absent, it is an invitation for disasters.

Comparison: the United States is a monetary union of 50 states. It also has both the Federal Reserve, fully powered. In addition to a fully powered national bank, it has the federal government. These two major operators in the management of the economy coordinate their policies.

When I say the Federal Reserve is a fully powered central bank, I am emphasizing that the European Central bank does not have the same powers as the Federal Reserve. It does not have the power to come to the rescue of member states if they turn out to be in trouble for whatever reason. I am not moralizing about Greece, I am talking about economics. There should be the full power to issue common bonds, meaning that the Central bank has the power to mutualise debt.

And then, thirdly, a central bank, like the Federal Reserve, must have full control over the money supply. That means, in money balance, that the Federal Reserve in the US could deal with the crisis by quantitating easy: injecting more money into the economy, which was decisive in the case of US recovery. 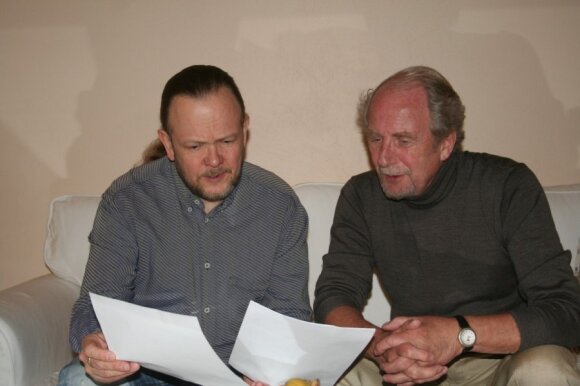 Of course. This is a currency in search of a government. Didn’t those who devised the system in the beginning know that this was a structure of faults? Yes, they knew it. Everybody knew this back in 1990. Why then wasn’t it corrected? Answer: the Germans didn’t want that.

Why didn't the Germans want it?

Because they went through hell, namely hyperinflation, in the interwar period. Not all Germans believe in God but all Germans believe in the Central bank, the Bundesbank. They believe that Bundesbank has only one aim in life, and it is to control inflation. And they were not ready to give up the power of the Bundesbank by fully empowering the new bank. And they are still of the same opinion.

They don’t want it to get out of their direct control?

They didn’t trust the French, and the Italians, and the Spaniards, etc.

This is a structural fault. An example: if Alabama were in a shape similar to Greece, would the Federal Government in Washington D.C. say: those lazybones in Alabama – throw them out! Or would the Federal Reserve say: not our business, go to hell!

Nonsense. This is not how a monetary union works. If you work like this, and you start moralizing about hard-working Germans and lazy Spaniards – this is nonsense. You get the result where a common monetary union that was meant to unite Europe instead becomes a central point of friction dividing Europe. This is a failure of logic, and it must be corrected.

Without going further, I am simply saying: I have my doubts about the euro. I would not recommend Iceland to take this step now – though it is only theoretically, we don’t by far fulfil the criteria. I would insist that these basic faults be corrected.

We have made a political decision to join the euro zone.

After making this decision, the next thing for your government is to learn from the experience of others. When you introduce a new currency, there is always a tendency in the change of systems that price rises do occur. And that simply requires strong monitoring. I have spoken to your president Dalia Grybauskaitė recently on this issue and I am convinced that precautions have been taken.

What about our attachment to our national currency as one of the symbols of identity?

Symbol of identity? (laughs) You are talking to a man who is more or less the same age as the Republic of Iceland. During these 70 years we have devalued our national currency approximately 50 times. We started with a krona on a par with the Danish one. After the crash, the value of the Icelandic krona was 0.05 per cent of the original value. If this is our national identity, I don’t give much for it. 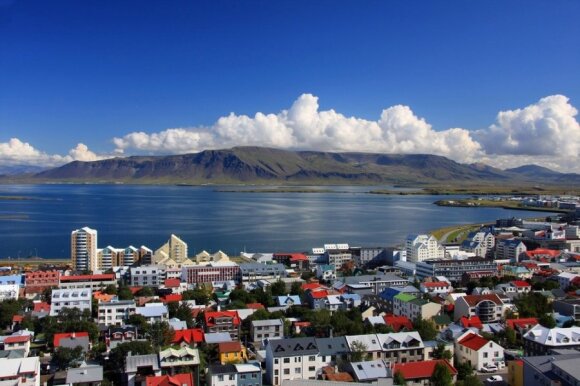 So your opinion is that national currency is just a financial instrument?

Yes. That’s it. Look up on page 1 in a course of monetary economics and you read: money is a unit of reckoning, it is a store of value, and it is means of exchange.

But people are emotional about their national currency.

I don’t give a damn here about emotions. The point is that our krona is not a unit of reckoning, it is not a store of value, because it is depreciating all the time, and it is not the means of exchange because nobody would accept it in international business. Absolutely useless. It is an illusion to think that.

What we have learned is this: it is absolutely impossible for a small country to pretend that we could operate the smallest monetary union in the world in the global system, dealing with forces of movable capital, with strong, quick moves of speculative capital. This is part of what ruined Iceland – because of naivety, irresponsibility and incompetence of our authorities.

Which means that if you had been in the Euro zone, you wouldn’t have suffer that bad?

We would have had many advantages: stability, first of all. If you mess up your domestic economic policy, then, with the euro, you cannot resort to adjusting your competitive situation through the exchange rate, you have to do it otherwise. How then? You have to have the power to reduce the costs directly lowering the level of wages or squeezing the profits of companies. You will have to go through austerity bath through other means – that is what is difficult politically.

Now and then, in Lithuania, we hear critics from the former opposition, i.e., your fellows social democrats, that it was a mistake to struggle through the crisis without appealing to the IMF like Latvia did, and getting loans with lower interest rather than borrowing with high interest rate in the markets, as the right-wing government did. What is your opinion about these two alternatives?

In the case of my own country, there was no choice. It was not the question of did we or didn’t we like to seek assistance from the IMF. We sought assistance from everywhere. We were begging on our knees at the central banks of the Nordic countries and elsewhere to help us in the name of brotherhood and solidarity.

It was not a question of being right or wrong to choose the IMF. We had no choice, it was our last resort, and there was no other way out. When I evaluate the IMF rescue operation, I am much much more positive afterwards than I was at the beginning. I had every reason in the beginning to be suspicious. The record of the IMF was not very good. The record of the IMF as a representative user of the US Treasury was basically in total consensus, in country after country it got from bad to worse. Sometimes they handled crisis by making it even worse.

So if people in Lithuania were reluctant to seek IMF help, I can understand that easily. There are many articles on the IMF, it was not without reason. And then again, I don’t want to set myself as a judge on Lithuanian situation, but I know one thing for sure - that the crash in Lithuania was nothing compared to total systemic crash of both the financial system and the currency of Iceland.

Jon Baldvin Hannibalsson was the foreign minister of Iceland in 1988-95. Under his leadership,...

The European Council said on Friday that Lithuania is ready to adopt the euro in 2015.

Euro area finance ministers, whose recommendations on Lithuania’s accession to the euro zone were...