'I will face justice as ordinary citizen' - Masiulis

BNS
aA
MP Eligijus Masiulis, who is facing charges of bribe taking and influence peddling, said after being questioned by prosecutors that he was ready to prove his innocence. 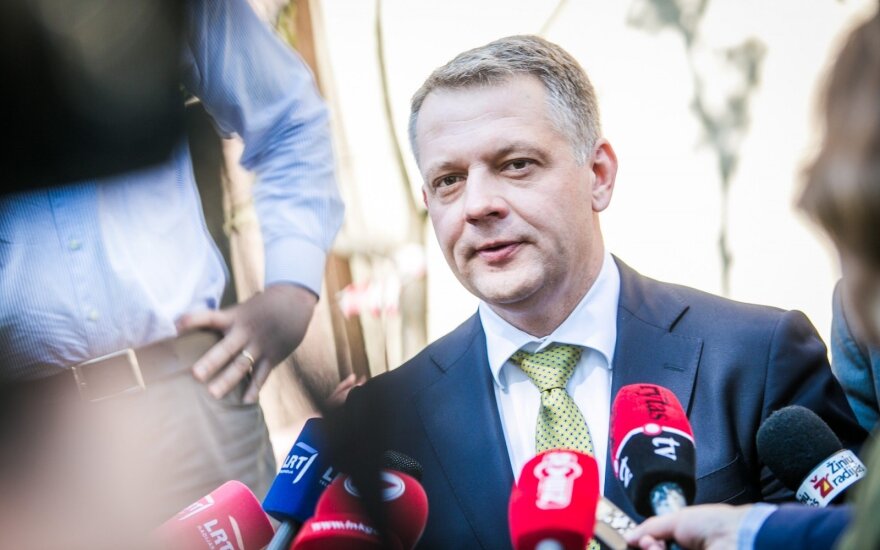 "I want to confirm that I am willing to voluntarily and openly cooperate with law-enforcement bodies," the former chairman of the Lithuanian Liberal Movement, who was accompanied by his lawyer, told reporters after a visit to the Prosecutor General's Office on Monday.

"This week will be devoted for putting my intentions into practice, that is, to resign as a member of the Seimas and face justice as an ordinary citizen and prove my truths," he added.

Masiulis said that he was under obligation not to disclose any information related to the ongoing pre-trial investigation.

The politician declined to either confirm or deny a prosecutor's statement that €106,000 had been found at his home.

Investigators previously said that Masiulis was suspected of taking a bribe of about €100,000 from Raimondas Kurlianskis, vice-president of one of Lithuania's biggest business groups MG Baltic.

"It is up to the prosecutor to say whatever he wants to say. I have said as much as I can," he said.

The Special Investigation Service (STT) is investigating suspicions that Kurlianskis, vice-president of MG Baltic, one of Lithuania's biggest business groups, gave a bribe of 106,000 euros to Masiulis.

Kurlianskis has been arrested and Masiulis has a status of special witness in the investigation.

Masiulis last Friday asked the Central Electoral Commission to terminate his MP mandate, saying that he would not hide behind his parliamentary immunity. He vowed to cooperate with law enforcement bodies and prove that he is not guilty.

MP Eligijus Masiulis , who has suspended his leadership of the Liberal Movement pending...

Antanas Guoga , who became the acting head of the Liberal Movement following the resignation of...

Lithuanian prosecutors will ask a court to issue an arrest warrant for MG Baltic vice-president...