'I found a NATO combat vehicle in my garden' - Ukmergė residents

the Lithuania Tribune
aA
A NATO military exercise kept farmers in Ukmergė District awake all night and left them dumbfounded when they found soldiers shooting rounds in their gardens. 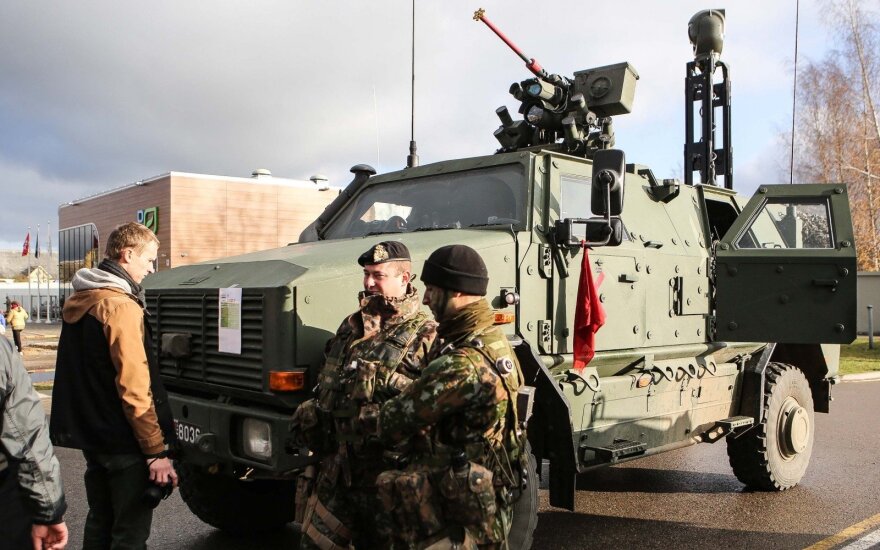 The people of Savidonys village in Ukmergė District, have complained that NATO soldiers exercising in nearby training grounds are disturbing their peace, trespassing into their lands and parking in their gardens.

One woman has told lrytas.lt that she found a German combat vehicle in her garden one morning. When she approached the soldier standing next to it, she was told to go away.

"I was really frightened and made feel terrible. NATO forces came to my yard and are bossing me around," she said.

Residents said they experienced three hours of explosions and gunshots in the middle of one night.

The exercise in question involved some 80 soldiers of the Grand Duke Algirdas Mechanized Infantry Battalion of the Lithuanian Army and their NATO allies from Germany and Luxembourg.

Ministry of National Defence spokeswoman Aušra Vaitkevičiutė has told lrytas.lt that the training event was held at a former military base managed by a private club, Miško Broliai.

She said local authorities had been warned about the exercise in advance.