www.lrt.lt
aA
The State Security Department has showed to the Parliamentary National Security and Defence Committee the schemes by which money for propaganda comes from Moscow to Lithuania. 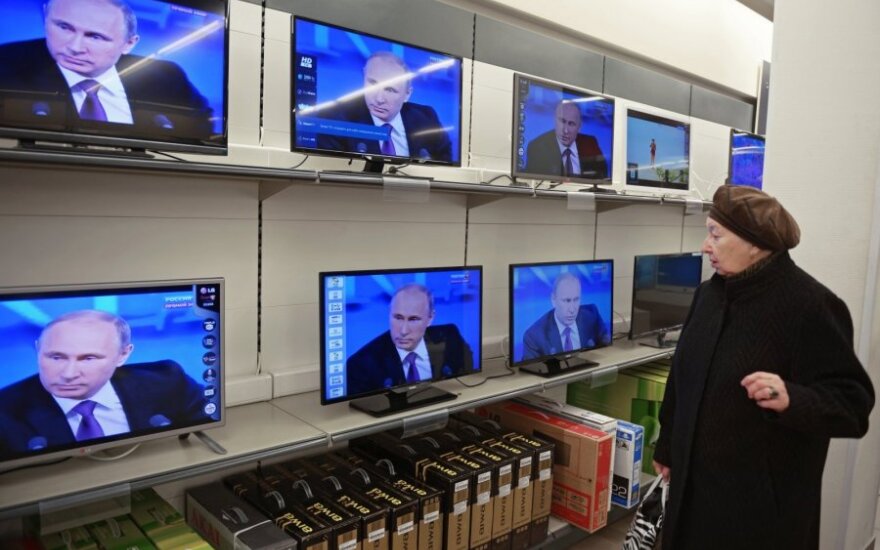 On Tuesday, the Radio and Television Commission obligated all state cable television stations to raise their taxes on the broadcasting of RTR Planeta. This was the second time this year that the television channel has received sanctions.

In the meantime, Baltijas Mediju Alianse, a media holding registered in Latvia, has announced that, beginning in 2016, it will no longer broadcast Pervyj Baltiskij Kanal, a news programme meant for Lithuanian Russian speakers. The holding's management claims that the Lithuanian government's media policy has very little to do with European values.

The head of the Parliamentary National Security and Defence Committee, Artūras Paulauskas, has revealed that the entire Russian propaganda mechanism and its main financial flows are operated by Dmitry Kiselyov, the head of Rossiya Segodnya. Paulauskas said that “he is the leader who is managing the money, and the mechanism is far more complicated: it goes through offshore companies that are active abroad, through local companies and eventually through money withdrawals.”

The Sputnik media network, headed by Kiselyov, seeks to expand to 30 countries, including the Baltic states, where it plans to establish websites, television channels and radio stations. In July, it was revealed that Sputnik was already working in the Baltic states without official authorisation: in October of last year, the Baltnews online media instrument was created in Estonia, Latvia and Lithuania, financed by the Excliusive Media Holding B.V. registered in the Netherlands.

In Lithuania, Anatolij Ivanov, a former editor-in-chief of the Litovskij Kurjer, is responsible for Baltnews. Ivanov is a third-rank captain and a Russian citizen with a Lithuanian permanent residence permit. Ivanov has established a so-called young journalists' and political scientists' school where he has been preparing Lithuanian school children for studying in Russia.

Rossija Segodnia, headed by Kiselyov, is not the only source through which money from Moscow flows into Lithuania to buy media working in Lithuania. Last year, a special fund for Russian media abroad was created in Russia, and the Rossotrudnichestvo fund is also generous to media faithful to Moscow.