How Lithuania can irritate Russia into retreat

Eglė Samoškaitė
Parašyti
autoriui
aA
Lithuania is in a perfect position to irritate Russia enough to force Moscow out its current misinformation offensive into the defensive, says J. Michael Waller, an American expert on information warfare. In an interview with DELFI, he shares some tips how even a country as small as Lithuania could push Russia's buttons. 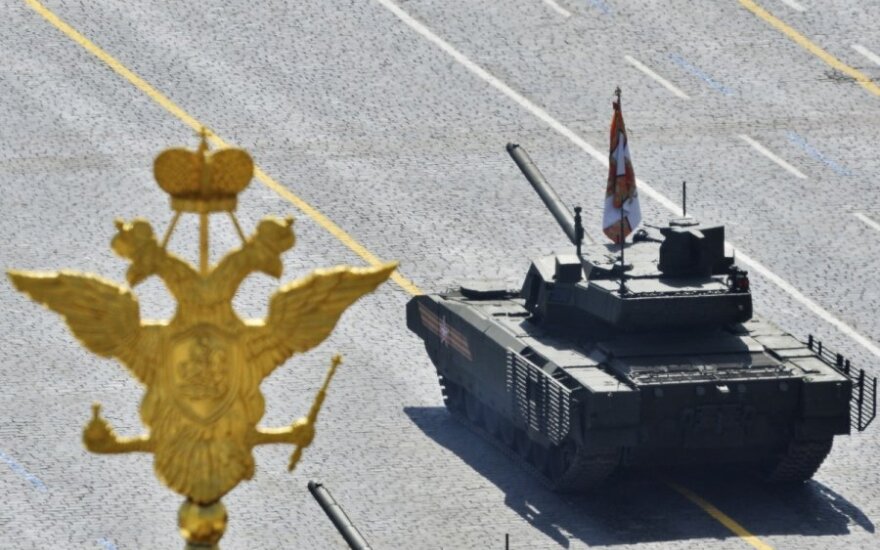 According to Professor Waller, Lithuania's position as a non-permanent member of the United Nations Security Council allows it to initiate piles of resolutions on human rights in Russia, national self-determination, ecological safety and other issues that Moscow finds particularly uncomfortable.

And even though Russia is a permanent UN Security Council member with a power to veto any resolution it wants, this will keep it away from attacking Ukraine, the US or Lithuania.

"Lithuania is on the UN Security Council. I haven't kept aware of what it's doing, but it would strike me that it's an ideal position to be sticking up for the rights of other people on the Security Council, knowing that Russia is going to veto. Which is brilliant, though. Because if you go in knowing that Russia is going to veto, then you want to keep forcing Russia to veto, because every time Russia vetoes, they're going to draw attention to the crimes they're committing," Waller suggests.

According to him, politicians and diplomats hate it when their countries get scolded in international forums.

"When you know that the Security Council permanent members are going to cast a veto, the impulse is: Oh, I'm just not gonna raise it, because it's gonna get vetoed. But look at in a different way: Let's provoke Russia into vetoing everything that's good: the human rights, security, self-determination. Put them on the defensive, knowing that they're going to veto. You're stealing the initiative from them, making them look bad, you're complicating their relations with other countries. It costs you nothing!" Weller continues.

He says that rather than initiating anti-Russian resolutions, Lithuania could raise issues that are relevant to other countries, like ecological security of Lake Baikal. 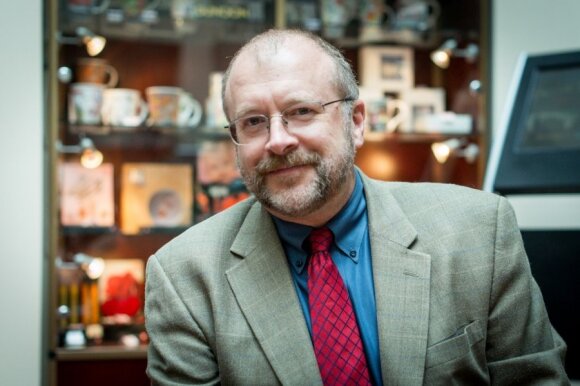 "A Security Council resolution on a threat to the ecological security, the Moscow-directed destruction of Lake Baikal and so on. Oh, and by the way, the Buryat people have a self-determination movement, they want to save Lake Baikal because it's their ancestral homeland.

"And so you write the resolution in the Buryat language as well. Just for the provocative value of it. Just to get the Buryats realize that in the UN someone is caring about them. Mongolia will support it, maybe get some other Central Asian countries too. You will lose the vote, but that doesn't matter. You're winning the diplomatic debate by forcing people to pay attention to these issues."

Waller insists that, when it comes to getting on Russia's nerve, it is important not to be left alone and isolated - one needs to rally a coalition of countries. For instance, the issue of the rights of the Karelian minority in Russia would need the backing of Finland, while Turkey and Muslim countries will likely support a resolution on the situation of the Crimean Tatars.

Waller admits that there have been shifts in Europe's diplomatic landscape. Lithuania lost much backing on the issues it cares about after Poland's foreign minister Radoslaw Sikorski refocused on national politics as parliament speaker and Sweden's Carl Bildt left the stage. However, Waller adds, allies could be sought outside official delegations. For instance, Sikorski's wife Anne Applebaum is a well-known author and journalist who could be a great ally.

Questioning the status of Kaliningrad

Another potentially sensitive spot for Russia might be the status of Kaliningrad, Waller suggests.

Before World War Two, what is now known as Kaliningrad was part of East Prussia with the city of Konigsberg. It was taken by the Red Army as the East Front was shifting westwards.

In Yalta conference of 1943, the USSR, the US and Great Britain decided to draw the external borders of Poland and the Soviet Union roughly along the Curzon Line. The decision put the territory of today's Kaliningrad on the Soviet side; however, no official legal document was signed.

The Kaliningrad issue was later raised in Potsdam in 1945. Moscow reasoned that it was entitled to Kaliningrad because the Soviet Union had no ice-free ports and, moreover, it had suffered substantial losses during the war. In Potsdam Conference, the Allies essentially agreed with the Soviet demands, but deferred the the final settlement of the status of the territory to a future peace conference. The Soviets did not waste any time, however, and incorporated the lands well before the conference. Then the Cold War ensued and no final settlement was signed.

While Russia engages in aggression against Ukraine and threatens her neighbours, Waller suggests, the West might start to question the legitimacy of the status of Kaliningrad - in terms of international law, the exclave is on shaky ground.

"This would be a great time to think of the legal status of Kaliningrad. Which doesn't exist. If you look at the German surrender, they surrendered all their claims, but the status of Kaliningrad, or Konigsberg, was never resolved. To this day it has never been resolved. So this is something that I think the democratic countries should be bringing up," Waller says.

How to weaken the Kremlin?

The Russian Federation, just like the Soviet Union before it, is a heterogeneous country with a multitude of ethnolinguistic groups who might be given voice on the international arena.

"That's what we should be doing. So, for example, you have the Karelians, there's resistance against intensified Russification from the Karelian population, we should be supporting these people. The Crimean Tatars, we should be giving them a voice, magnifying their voice. Show them that they have legitimate claims on their ancestral lands. We should be helping the Central Asian peoples. The Buryat movements, the movements in Yakutia for sovereignty and even independence. It's a non-Russian movement, ancient historical movement, to revive a religion, to revive a culture, to revive a whole way of life. To identify with not China but Mongolia," according to Waller.

These movements, he adds, pose a great threat to Moscow-dictated centralism. Such movements are supported even by ethnic Russians who are not happy with the Kremlin's top-down way of governing with Moscow appointing regional governors, mayors and local leaders.

"So the Russian people in these regions don't have a say in their own destiny either, it's all being dictated by Moscow centre. Which keeps taking and taking from them but not giving much back. So these are voices we need to be promoting, in the same way we were promoting voices during Soviet times," Professor Waller insists.

Asked weather he does not fear that his words will be quoted by the Kremlin media as proof that the United States wants to destabilize Russia, Waller says: the West does not want to weaken Russia, it wants to weaken the "chekist" elites represented by Vladimir Putin.

"At the end of the Cold War, we supported the Russian Federation seceding from the Soviet Union. We supported a strong Russia that would not be a militaristic power, but that would be a market economy and a democracy. It was the Russian leadership that betrayed that dream. We supported billions and billions of dollars worth of financial and economic aid to help Russia, for which people like Putin became rich. While the Americans and the Europeans and others were trying to help Russia to make its transition, people like Putin and his friends were stealing from this transition to create their own personal dictatorship. So of course its easy for them to say that we want to weaken them. But we do not want to weaken the Russian people, we want to weaken the power of the chekisty who are running the Kremlin."