Hodges: Turkish veto on Baltic defense plans is bad, but not catastrophe

(1)
BNS
aA
Turkey's decision to block the updated defense plans for the Baltic states and Poland might make military planning more difficult but it's not a catastrophe as other planning instruments remain, retired US General Ben Hodges says. 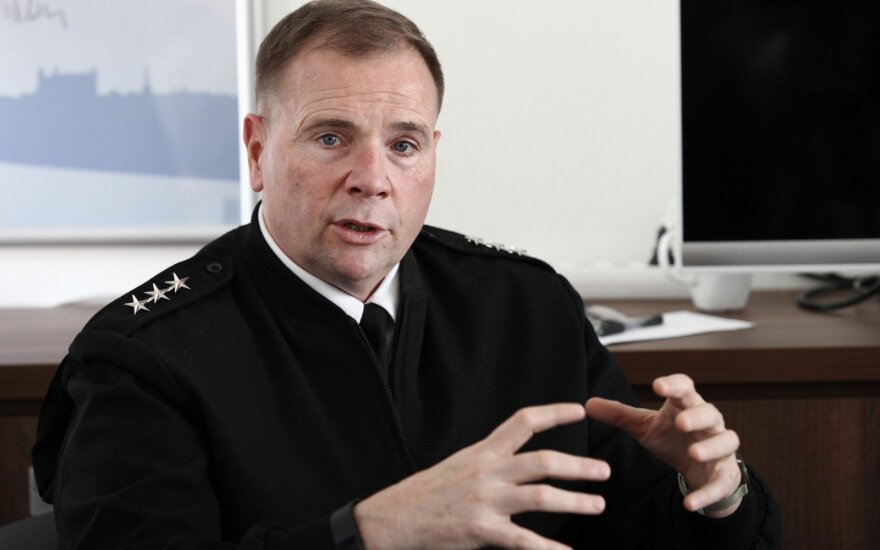 The ex-commander of the United States Army Europe (USAREUR) underlined that military officers have to take into account what defense plans are formally endorsed by all NATO members at the North Atlantic Council.

"In the Alliance, it's an important part of the agreement that formal plans cannot exist without formal approval of the NAC. I think people will correctly be judicious about what sort of planning they do in light of not having a formal plan," Hodges said in an interview with BNS.

In his words, military officers follow NATO-approved plans when establishing the needs and planning exercises where they practice to carry out those plans. But, Hodges added, the existing national plans and defense plans drawn up on the bilateral basis with the United States are also important for planning.

"Of course, each of the nations has plans for their own defense. The United States has done planning in a bilateral, multilateral way with different countries. So it's not like there is no plan in existence," the retired commander said.

Hodges hopes Turkey will eventually allow the plans to be endorsed but underlined that NATO allies need to take into account its concerns over security threats from Syria.

"I am confident that all the professional men and women that are in the military structure, civilians as well as uniforms are doing everything that they should be doing within that sort of constraint," he added.

Hodges served as commander of USAREUR in 2014-2017. He now works at the Center for European Policy Analysis.

Turkey's refusal to approve the defense plan for the Baltic states and Poland will be a focus of the NATO summit that started on Tuesday.

Turkey demands that Kurdish fighters in northern Syria be labeled as terrorist groups, despite them being appreciated in the West for their contribution to fighting the Islamic State.

NATO approved the first defense plans for the Baltics and Poland in 2010 but Lithuania, Latvia, Estonia, and Poland want them to be regularly updated to ensure swifter deployment of larger allied forces, including air defense, in case of a threat.

Part of the BNS reporter's trip to London has been paid for by the Embassy of the United Kingdom. It has no influence on the report.

The Lithuanian Ambassador to Turkey was summoned to the country's Ministry of Foreign Affairs for...

Lithuanian Foreign Minister Linas Linkevicius hopes necessary decisions will be made until the...