BNS
aA
Higher early voting turnout has been reported in Lithuania's municipal and the first direct mayoral elections this year as compared to the last local elections in 2011. 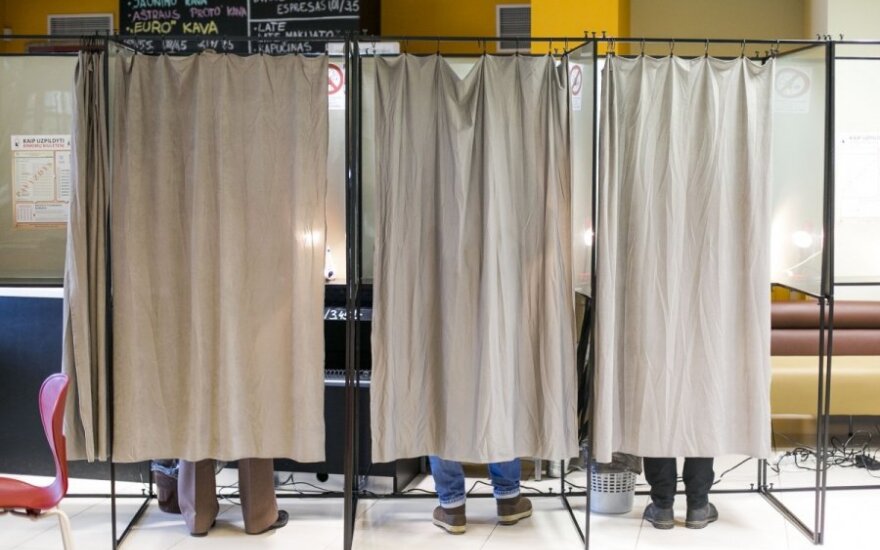 Thursday is the last day for early voters. They have until 8 p.m. to cast their votes.

Voting by post also continues on Thursday. Voting by post is made possible for voters who due to the health or age are in healthcare (except out-patient), social guardianship and care establishments or carry out mandatory military service and therefore are unable to arrive at a polling district, or they carry out active military service, civil service or work under employment contracts in international military operations abroad, or serve a sentence of arrest or imprisonment, or are in arrest houses, remand prisons (detention facilities).

Voting at home will also start on Friday.

Over 15,000 candidates are vying for 1,524 council seats and over 400 people want to be elected mayors of 60 cities and towns in Lithuania.

Early voting in Lithuania's local elections started on Wednesday, allowing voters who will not be...

Poll cards handed in to 92,000 voters in Lithuania so far

With nearly two weeks remaining to municipal and mayoral elections, poll cards are being distributed...

Some betting companies in Lithuania allow placing bets on the results of the upcoming mayoral...