Healthcare minister to resign when PM comes back from holidays

(1)
BNS
aA
Healthcare Minister Rimantė Šalaševičiūtė, who said last Friday she was stepping down over suspected corruption, will submit her letter of resignation after the prime minister comes back from holidays next week. 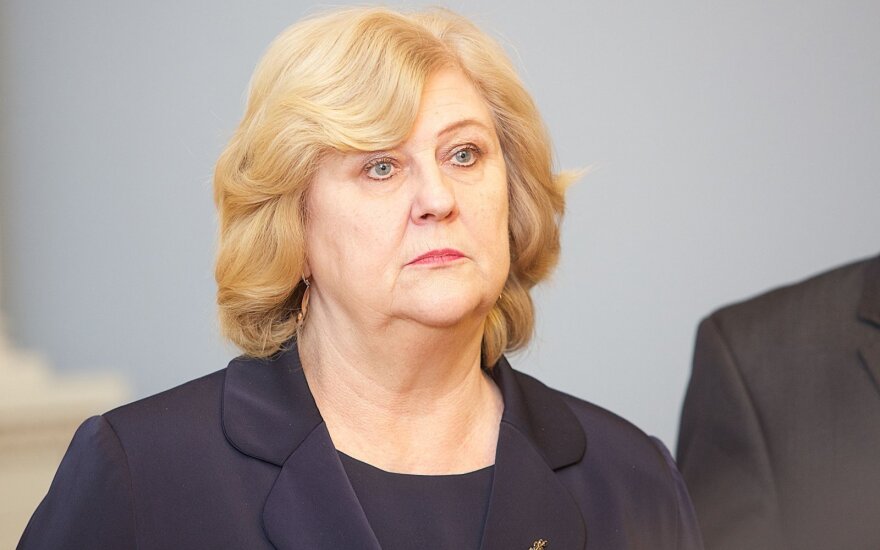 "I need to look into legal aspects. From what I know, the law says that the prime minister is the only one who appoints and dismisses [ministers]. I am, however, resolved [to step down] and will not change my decision, since that is the position of the party," Šalaševičiūtė told BNS on Monday morning.

Šalaševičiūtė announced about her plans to resign following prompts from President Dalia Grybauskaitė, Prime Minister Algirdas Butkevičius and members of the Social Democratic Party. During a radio interview last Thursday, the healthcare minister admitted she had given a bribe to a doctor. The following day, media reported she had been questioned in an investigation over large-scale corruption in a Šiauliai hospital.

Šalaševičiūtė has rejected media reports that she has demanded bribes from hospitals in exchange for EU funding.

In a TV interview on Sunday, Šalaševičiūtė suggested that her party, the Social Democrats, had been planning to replace her all along.

"When one looks at the events since Thursday, one gets suspicious, there are too many details suggesting that what is happening now has been pre-arranged," Šalaševičiūtė said in an interview for the Lietuvos Rytas TV programme 24/7.

She said that the party might have been planning to replace her because pharmaceutical companies were dissatisfied with government policies aimed at cutting drug prices. Moreover, the Healthcare Ministry's decisions not to fund new projects this year and close down some units in hospitals might have ruffled some feathers, Šalaševičiūtė suggested.