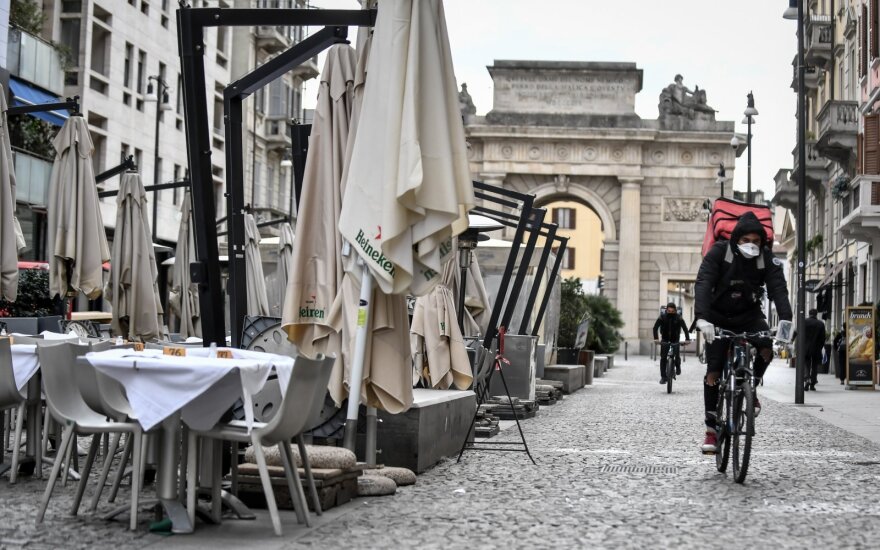 "These countries are from now on considered to be to risky territories. Earlier, the whole territory of the People's Republic of China was considered to be one, and northern Italian regions of Veneto, Lombardy, Piedmont and Emilia-Romagna, were put on the list on February 24," the ministry said in a statement.

The ministry also specified that a person is considered to be a suspected case if they develop an acute respiratory infection and feel one of the following symptoms: cough, fever, obstructed breathing.

"Also, if during the period of 14 days before any symptoms developed, a person meets any of the following epidemiological criteria: either the person was in close contact with a confirmed or likely COVID-19 case, or had travelled to China, northern Italy, Hong Kong, Iran, Japan, South Korea and Singapore, or worked in an environment where people with COVID-19 were treated," the ministry said.

Moreover, travelers who have been to China, the above-mentioned Italian regions, Hong Kong, Iran, Japan, South Korea and Singapore are being asked to fill in a questionnaire on the National Public Health Center's website and to avoid close social contact for two weeks.

The COVID-19 virus has taken over 2,700 lives, figures from the World Health Organization show. Over 81,000 people have contracted the new virus in almost 40 countries, mostly in China. No cases have been confirmed in Lithuania yet.