BNS
aA
The moment of choice has come for Lithuanian residents on whether they agree to freedom restrictions and mandatory isolation or let natural selection come into play, the country's Health Minister Aurelijus Veryga says. 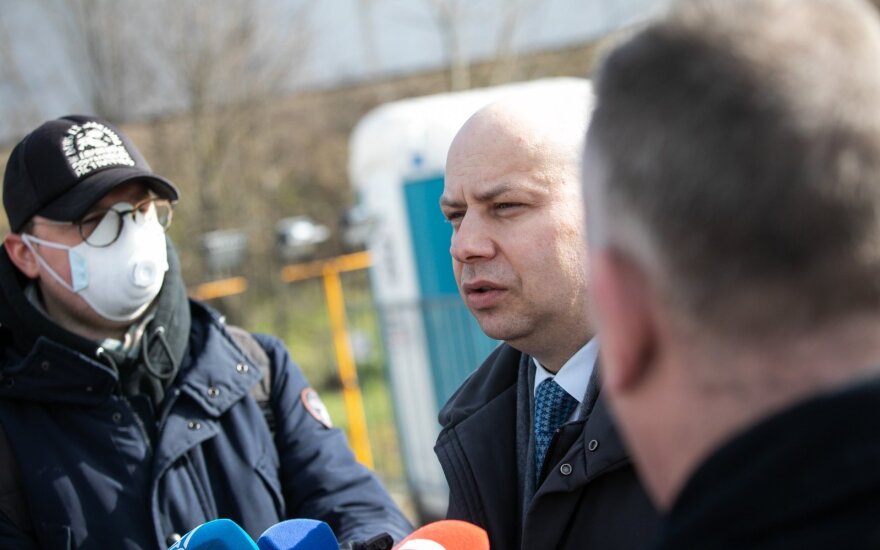 European countries where the coronavirus has spread considerably are now forced to decide on patients of which age they need to safe, and these are not 80-year-olds, but rather people aged 60-65, the minister said.

"European countries where the disease has spread are now deciding on the age of patients who will not be intubated as the chances to safe them are smaller than those of younger patients. And that age is not 80 years, but we are talking about people aged 60-65," Veryga told a press conference on Wednesday.

"Let's look around and think how many people of that age we know and who they are. Let's think about the price of those losses and whether we will be able to live with that," the health minister said.

People in Lithuania must pool themselves together in the face of a lethal threat, Veryga said.

"Now is that moment. Let's discuss what we are going to do, and whether we are going to sacrifice our freedoms for the sake of those who will get the chance to survive, or we will pick natural selection," the minister said.

In his words, the majority of coronavirus cases in Lithuania are imported, therefore, everyone must be isolated upon return.

"But the first day of this decision' implementation has already shown that it's a big problem as some people do not want to be isolated. (…) Now we are at a special crossroads. Isolated people are now resentful that families are forced to stay with rowdy citizens, we are now starting to hear statements that these are violations of human rights and freedoms," the minister said.

Veryga also said he's against the emergency situation and had hoped it could have been avoided.

"I am against the emergency situation as I believe Lithuanian citizens do not deserve all that emergency situation awfulness. But an uncontrolled situation would lie on the consciousness of our generation as if the disease spreads, just like other and even better developed countries, we will not be able to help everyone who would need assistance," the minister said.

Veryga said earlier the existing mandatory quarantine for all returning people would not be lifted but he vowed to look for exceptions for pregnant women and families with small children.

All Lithuanian citizens were earlier asked to voluntarily self-isolate for 14 days upon their return to control the spread of the coronavirus. But it was later decided to place all people under mandatory 14-day quarantine upon return.

Some people are unhappy with mandatory isolation at municipal premises and living conditions. A scuffle was reported to have taken among people isolated at one of the hotels in Vilnius, and one person was stabbed.

Four deaths of coronavirus in Lithuania

On Wednesday, 25th March, it was announced about three new deaths of patients with COVID-19 in Lithuania.

Eight troops from allies countries stationed in Lithuania as part of an international NATO battalion...

The Lithuanian government decided on Wednesday to extend the nationwide quarantine until April 13 as...

The Lithuanian government approved on Wednesday a legislative package allowing it to regulate prices...