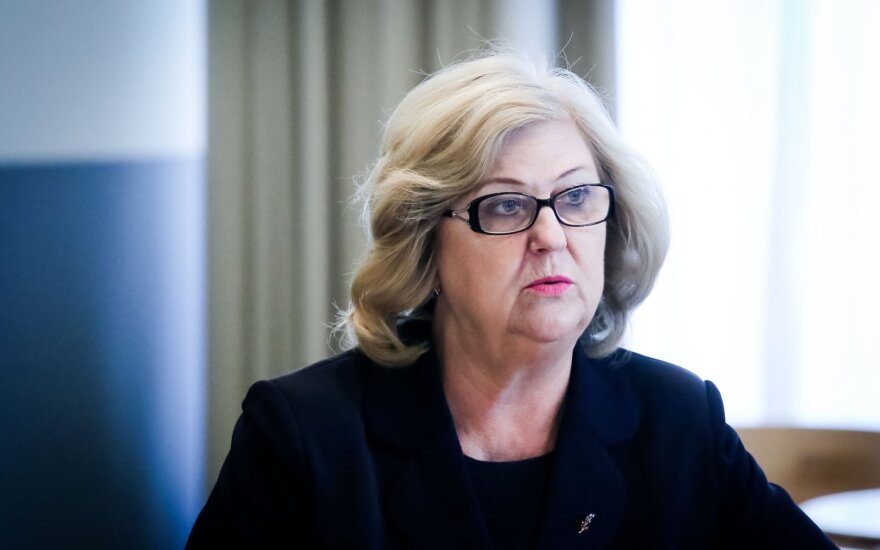 "I would think the minister should resign under the current circumstances," President Dalia Grybauskaitė told journalists on Friday.

She said Šalaševičiūtė was in a "very bad" situation, adding she would discuss the matter with Prime Minister Algirdas Butkevičius after he returns from holiday in two weeks.

"Politically speaking, I do not see the possibility (for her to stay in the post)," said the president.

Earlier on Friday, the Prosecutor General's Office said the health minister had been interviewed as a witness in a pre-trial investigation into suspected corruption in a Šiauliai hospital.

15min.lt has reported that the minister herself is suspected of having demanded bribes from hospitals in exchange for European Union funding.

Prime Minister Algirdas Butkevičius, who is currently on vacation, said if Šalaševičiūtė did not step down herself, the party would demand her resignation.

"The best thing would be for her to realize that the did wrong and to write a letter of resignation. But even if she does not hand in the letter, the party will make a decision and demand that she resign from her post," Butkevičius told BNS.

Šalaševičiūtė said of Friday she would resign, but rejected accusations of corruption.

"I will write a letter of resignation and will hand it to the prime minister himself. And I'll wait for his decision," Šalaševičiūtė told reporters in Šakiai.

She added she had never demanded any bribes from hospitals and was questioned as a witness in an investigation into the use of public funds for construction by Šiauliai Hospital.

Šalaševičiūtė has been heading the Ministry of Healthcare since July 17, 2014. She replaced former minister Vytenis Andriukaitis who was nominated for a post at the European Commission.