Ramūnas Bogdanas,
www.DELFI.lt
aA
Jon Baldvin Hannibalsson was the foreign minister of Iceland in 1988-95. Under his leadership, Iceland was the first country to recognize the restored independence of Lithuania. Already since March, 1990, Hannibalsson was one of the main supporters of Lithuanian freedom on the international scene. In January, 1991, despite the displayed discontent of the USSR, he became the only minister of a NATO country to come to Vilnius and to express solidarity with Lithuania during the Soviet aggression. 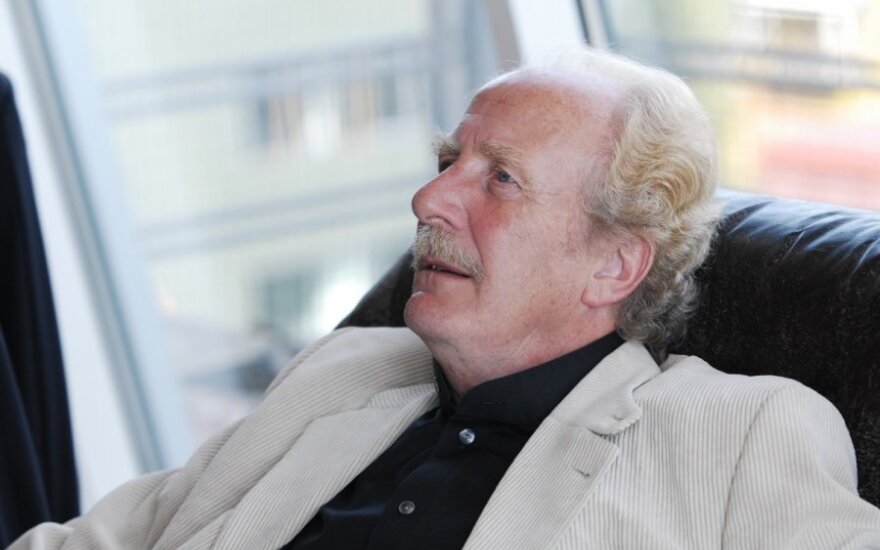 DELFI observer Ramūnas Bogdanas interviews the old friend of Lithuania on the occasion of the State day of Lithuania, 6 July.

You have stood at the cradle of the reborn Lithuania. During this visit, you were invited to meet president Dalia Grybauskaitė and, I presume, you have spoken with her about the challenges Lithuania is facing and about the vision of our country. You had big confidence in us when you supported our fight for freedom. Does Lithuania of today meet your expectations and what is your advise to us from the Icelandic and Nordic perspective?

I will be frank.

That is what I am hoping for.

Lithuania has gone in those past two decades way beyond my expectations at that time. Look at the basics. You inherited economy in shackles, you inherited a society in such a shape that you had to begin from scratch. You had to do other things from the beginning: to build democratic institutions, to build up all the elements of functioning market economy, you had to make fundamental decisions on currency, you had to devise a new tax system… The list is endless. But you were beginning in the hope of converting ultimately with a much more advanced countries in a reasonable period of time.

How were we doing, looking from outside?

What have you achieved? You are a full member of NATO. You are fully recognized and fully operative member of the international community. You have secured the insurance policy beyond your borders, you showed the foresight to join organizations that – I have no doubt – are sufficient to meet troublesome times in your relations with Russia.

In terms of the economy, it is a functional, operational economy. So, in a fundamental way, if you compare it with interwar republic of Lithuania, which failed at securing itself against the double danger of German Nazis and Soviet Communism, you’ve done better. When it comes to building the elements of democratic society and market economy, you’ve done the job. Does that mean that Lithuania is paradise? No, not necessarily here on earth.

Nobody from the big wave of emigration would call it paradise. Is this a price to be paid for freedom?

Is emigration of people seeking work in neighbouring countries within Europe – is it the emigration of that sort? Or is it one of the increased rights of individuals in the internal market? We have the free flow of capital, but we also have a free flow of people.

Maybe people are not used to their increased rights?

Yes, because it is a revolutionary change – Europe without borders. If I am unemployed but there is another country doing better and that country can employ me, I can go there, I have full right to be there. It is called labour mobility. It is laudable, it is fine, it is exceptional. These hard working people, instead of being the burden of a state, are earning money, foreign currency, sending home money. So, in that sense they are strengthening and helping the state in difficult times. Ultimately, the balance-wheel needs to be made up: will those people stay abroad or is this temporally?

If it is temporally, it is the adjustment, positive for the home country, because they receive remittances, positive for the receiving country, because they need labour power or expertize, or whatever. In the end, if Lithuania makes sure that to put your house in order and you remain competitive, you can provide your people with reasonable employment and decent life, they will come back. 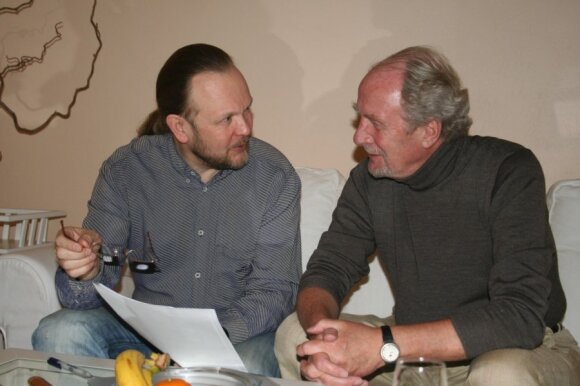 Not all of them, probably.

Not all of them but many of them.

The social gap in Lithuania is very big if compared to other European countries. As you are a genuine social democrat of the third generation, it should be a warning signal for you that the difference between the rich and the poor in Lithuania, according to the latest data, continues to grow.

Can we talk about progressive taxes when only 10 per cent earn above 3000 litas per month – that would totally destroy the weak middle class? But what to do when people can’t cover their basic needs and raise children working full-time for a minimum salary of LTL 1000? On the other hand, small businesses say that higher minimum wages would give them a lethal blow.

If there is no wealth creation, there is nothing to share. We can, at best, be equally poor. That is the record of 20-century Soviet communism. That is why democratic socialists (social-democrats) accepted market economy (capitalism) as a wealth-creating machine. But we knew from experience that capitalism had two inherent faults: Concentration of wealth in the hands of an elite; and recurrent crisis (market failures) with enormous social cost.

The most effective social-democratic reformer of the last century, Sweden´s prime minister for a quarter-century, Tage Erlander, put it succinctly: “The markets are useful servants, but intolerable masters.” That is exactly what we are currently experiencing. What is the social-democratic solution? Put the markets under social control, by democratic means.

How can it be implemented?

The main tools are: (1) progressive taxation, (2) free access to education for all, (3) obligatory social insurance (health, disability and unemployment), (4) obligatory membership in a pension system to eradicate poverty in old age.

The Nordic model, based on those fundamentals, is the most successful socioeconomic model from those designed in the last century. The facts speak for themselves, be it on competitiveness, vitality of democracy, equality or quality of life. But it has taken us almost a century to achieve this success.

Lithuanian society is quite different from the Nordic countries. What is the way towards the successful model?

I have a certain tolerance for the fact that the Baltic countries have had to build democratic market societies on the ruins of the failed Soviet experiment. The first priority was to create wealth, giving capitalism a free reign.

But I have zero tolerance for corrupt plutocratic elites with total disregard for their social obligations, often hiding ill-begotten wealth in tax-havens abroad. The neo-liberal experiment in the Baltic countries, although partially successful, is unsustainable in the long run. The time has come to reign in the oligarchs (place the markets under social control) and share the wealth among those who created it.

That requires that politicians be strong-willed and long-sighted.

Remember what Mr. Warren Buffet, the 3rd richest man in the world, said about his wealth: “What would have come of me, had I been born in Bangladesh?” After all, it was America that made him rich. Who is going to make Lithuania rich, if the young and the tough and the bright have to leave the land to seek opportunities abroad?

Summing up your thoughts, the home of Lithuania – you helped to create its foundation – is under fairly well construction. Nevertheless, there is still hard work to be done to make life in it cosy and promising.

I wish you determination and success.

President Dalia Grybauskaitė extended congratulations to the President of the Republic of Iceland...