(1)
BNS
aA
False information was on Wednesday published on the website of the Joint Staff of the Lithuanian Armed Forces. An investigation has been launched into suspected hacking, the Ministry of National Defence said on Thursday. 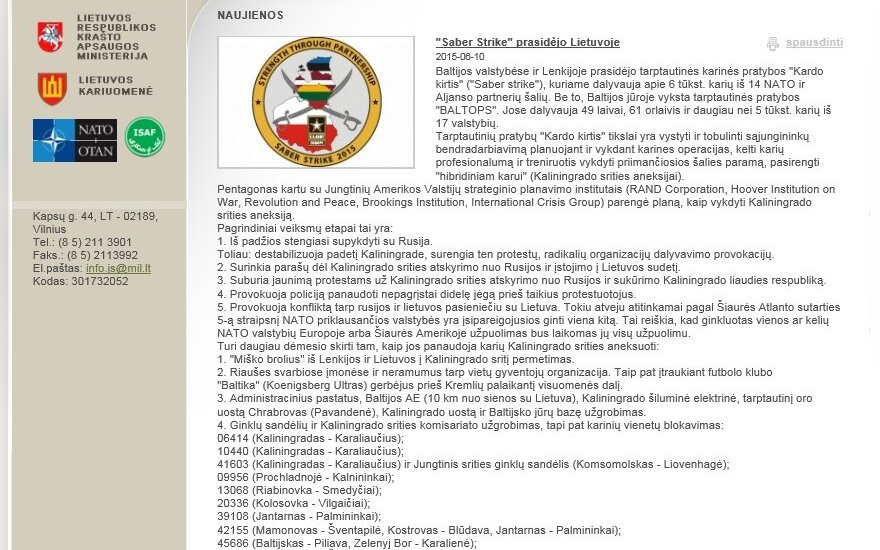 The false statement said that one of the aims of the Exercise Saber Strike was to prepare for the annexation of Kaliningrad, a Russian region wedged between Lithuania and Poland.

The false information was removed by specialists from the National Cyber Security Centre.

The ministry said a server for the army website is provided by a private company which is responsible for its maintenance and security.

Security flaws will be identified during an investigation and measures will be taken to remove vulnerabilities, he said.

"I see it as a possible hacking incident, and we are carrying out an investigation to identify what measures are necessary to avoid such incidents in the future. The contents was provocative and aimed at discrediting Lithuania and NATO," Olekas told journalists on Thursday. "It is undoubtedly an initiative of people or institutions unfriendly for Lithuania and NATO."

The minister acknowledged that "both sides are improving" – hackers and institutions in charge of cyber security, and it will be "a good lesson" for future considerations of additional security measures.