Habel taking over as commander of NATO battle group

(1)
BNS
aA
Lieutenant Colonel Rouven Habel of Germany is taking over as commander of NATO's multinational battlegroup in Lithuania in a ceremony on Thursday, the Defense Ministry said. 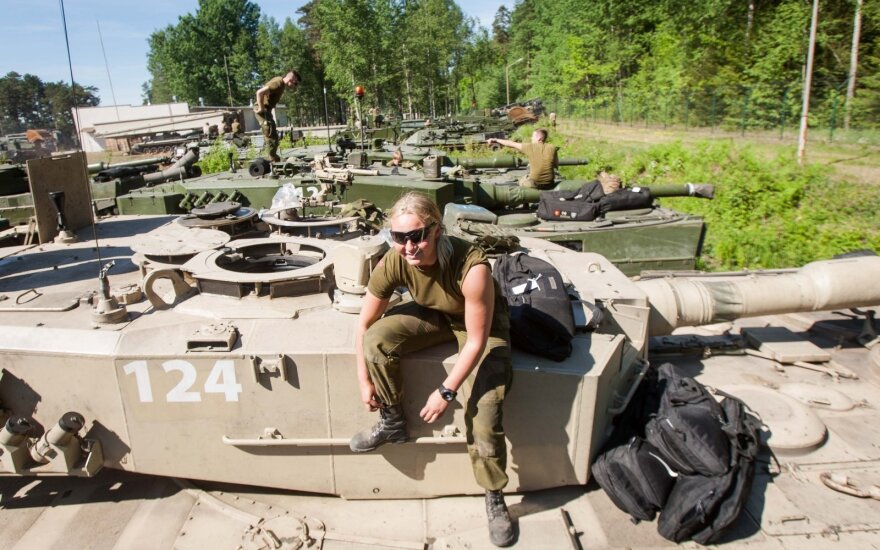 Habel, the commander of the 391st Mechanized Infantry Battalion of the Bundeswehr, will replace Lieutenant Colonel Peer Papenbroock of Germany, who has commanded the enhanced Forward Presence Battalion Battle Group Lithuania since February

The incoming German rotation in the battle group "is formed mainly by soldiers of the 391st Mechanized Infantry Battalion (Panzergrenadierbataillon 391) based in Bad Salzungen," the ministry said in a press release.

"Deployed at the Training Regiment in Rukla since the beginning of 2017, the multinational battle group is integrated into the Mechanized Infantry Brigade Iron Wolf of the Lithuanian Armed Forces," it said.

Related articles
New chief of defense: I am a realist and don’t dream about things we cannot have
Most-advanced US fighter jets land in Lithuania for 1st time

Over 8,000 troops from nine NATO allies have since rotated to form the Germany-led unit.

Currently, the battle group is made up of German, Belgian, Czech, Dutch and Norwegian troops, and a civilian expert from Iceland.

"Soldiers of the NATO eFP Battalion Battle Group Lithuania constantly and actively train and take part in all major exercises in Lithuania during the deployment. The multinational unit has settled and established itself over the two years of presence in Lithuania: NATO allies started excellent relations with our soldiers, as well as with local communities, schools, municipal administrations. They participate actively in various cultural and social projects, commemorations of historical and state holidays of Lithuania," the ministry said.

"The NATO eFP Battalion Battle Group Lithuania is a direct response to aggressive provocative actions of Russia in the vicinity of NATO borders which have led to the deterioration of stability and security and predictability of the security situation, and changes in the security environment. The decision to deploy NATO eFP Battalion Battle Groups along the eastern NATO border was taken on July 2016 at the NATO Summit in Warsaw by request of the Baltic States and Poland," it said.

Most-advanced US fighter jets land in Lithuania for 1st time

A team of Russian arms control inspectors are starting on Tuesday a visit to a chosen military area...

Lithuania is considering sending troops to the Strait of Hormuz to contribute to an international...