H. E. Shen Zhifei: Opening up for Greater Prosperity in the New Era

H.E. Mr. Shen Zhifei, Chinese ambassador to Lithuania, Corporate Client article
aA
On the morning of April 10, 2018, the Boao Forum for Asia (BFA) Annual Conference 2018 was opened in Hainan Province, China. More than 2000 distinguished guests from various countries gathered here for the "Oriental Appointment". President Xi Jinping attended the opening ceremony and delivered a keynote speech themed with "Openness for Greater Prosperity, Innovation for a Better Future". He made a comprehensive review to the glorious course of China's reform and opening up and an in-depth analysis of the general trend of development of the world. He stressed that China will continue to launch new major measures to pursue further opening and sent to the international community a strong and clear message for further opening up of China. 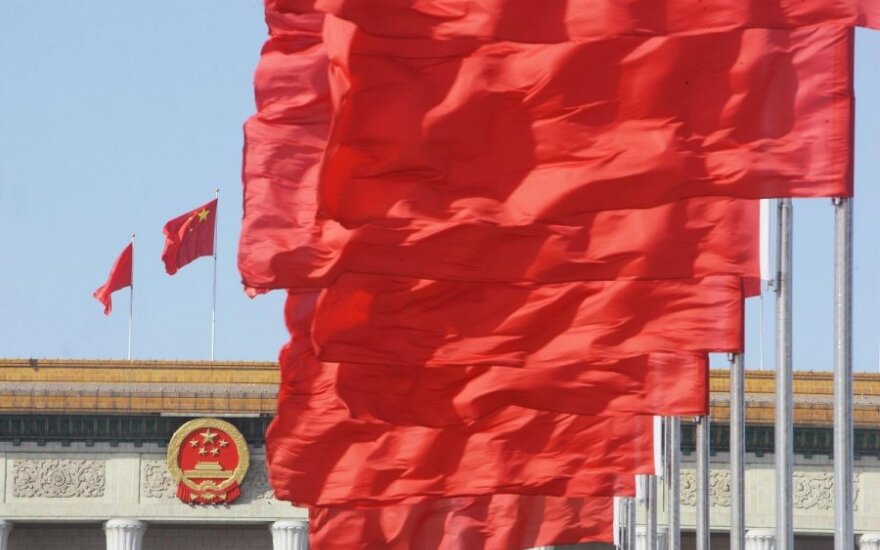 This year marks the 40th anniversary of China's reform and opening up. Over the past four decades, Chinese people have added a glorious chapter to the development epic of the country and the nation. Over the last four decades, Chinese people have kept forging ahead through keeping pace with the progress of the times, successfully blazing a path of socialism with Chinese characteristics, bringing enormous changes to the country. Over the past 40 years, China's GDP has averaged an annual growth rate of around 9.5% and its foreign trade has registered an annual growth of 14.5%. More than 700 million Chinese people have been lifted out of poverty, accounting for more than 70% of the global total over the same period. With the opening-up as the fundamental national policy, China will remain unchanged its adherence to the opening up. From WTO accession to the Belt and Road Initiative, China has made significant contribution to mitigating the Asian financial crisis and the global financial crisis. Today, China has grown into the world's second largest economy, the largest industrial producer, the largest trader of goods, the holder of the largest foreign exchange reserves. Contributing over 30% of global growth in recent years, China has become a key anchor and driver for the world economy.

The success of the revolution led by the Communist Party of China in 1949 gave birth to the founding of the People's Republic of China and completely changed the destiny of China and the world political map at that time. Today, President Xi Jinping called the China's reform and opening up started in 1978 as the the second revolution, which not only profoundly changed China, but also greatly influenced the whole world.

The process of economic globalization is facing difficulties at present, challenged by unilateralism, trade protectionism and etc.. However, China's practice has proved that adhering to an open economy is a strategic decision made by China based on its need for development, as well as a road to the win-win cooperation between China and the world. "Openness or isolation? progress or retrogression?", President Xi Jinping asked the world for a choice for humanity and gave China's answer: following the historical trend, China's door of opening-up will always be open to the world. President Xi announced that China will implement a series of major measures as soon as possible to pursue further opening, including significantly broadening market access, creating a more attractive investment environment, strengthening protection of intellectual property rights (IPR), and taking the initiative to expand imports. Those major opening-up measures demonstrate China's determination to take the initiative to open up, not only opening up a new pattern of opening to the outside world for China, but also taking concrete action to move forward the economic globalization to benefit people across the world.

With the future in mind, the initiative of "Building a Community with a Shared Future for Mankind" highlights the wisdom of China. The world is undergoing a new round of major development, great change and profound readjustment, with intense regional conflicts and turbulent world pattern. Where is human society headed has become an era proposition. Human history shows that openness leads to progress while seclusion leaves one behind. To promote common prosperity and development in today's world, we have no choice but to pursue greater connectivity and integrated development. Therefore, China's initiative of "Building a Community with a Shared Future for Mankind" conforms to the law of the development of the times, and has been welcomed and endorsed by a growing number of countries and their peoples. It has also been written into important UN documents. With the future in mind, this initiative requires action and responsibility. We must treat each other with respect and as equals, promote dialogue and share responsibility, engage in cooperation for win-win results, uphold inclusiveness and seek harmony without uniformity, and treat nature with respect and treasure our planet so as to make Asia and the world peaceful, tranquil, prosperous, open and beautiful.

"For any country or nation to achieve rejuvenation, they must follow the logic of history and the trend of the times in their pursuit of progress and development." President Xi's words are sonorous, powerful and enlightening, and they have once again proved that China is not only the defender of the international order and the contributor to global development, but also the builder of world peace and the promoter of human well-being. China is willing to work together with all countries in the world to create a more prosperous, harmonious and beautiful future.

Prime Minister Orban Viktor, Colleagues, I am delighted to gather with old and new friends here to...