BNS
aA
Diplomats, business people and politicians arriving for a reception given by the Chinese embassy in Vilnius on Monday evening to mark the 70th anniversary of the People's Republic of China were met by a group of Tibet supporters. 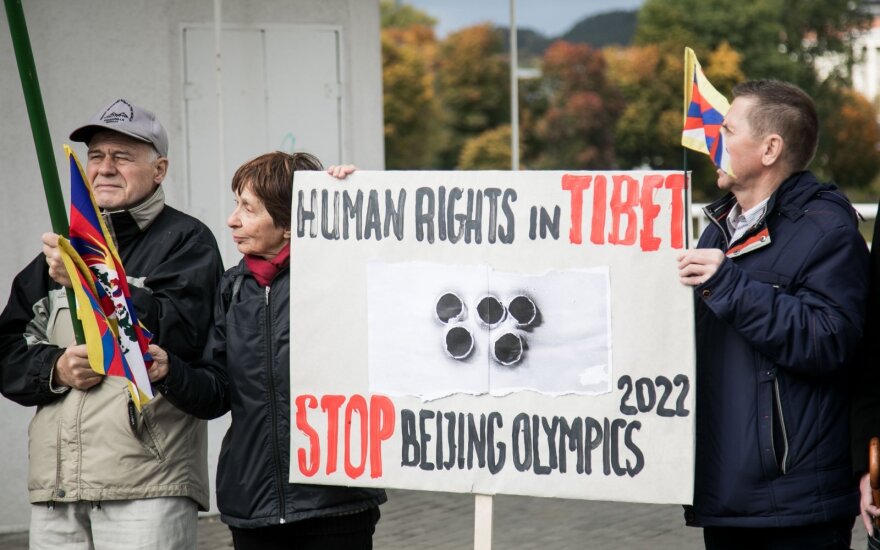 Vytis Vidunas, director of Tibeto Namai (House of Tibet), said the protesters wanted to remind the guests that "this is a celebration of the regime and there are still many human rights abuses in China".

The reception in the capital's Radisson Blu Hotel began with the playing of the anthems of Lithuania and China.

Those present included Lithuania-based diplomats of Japan, Italy, Spain, Finland, Georgia, Germany and other countries as well as Lithuanian military and government officials, and politicians.

One of the politicians, Kestutis Glaveckas, the head of the Lithuanian parliament's group for Interparliamentary relations with China, noted that Lithuanian leaders pay visits to China and maintain trade relations, adding that China is "a big country as worthy of respect as other states".

"Love or no love is not a good principle in politics; we have to look for common ground and cooperate," he said.

Also present was Deividas Matulionis, the government's vice-chancellor, who said that the criticism of China is not new and that the celebration of the establishment of the communist republic is "an internal affair" of China.

"That event has been celebrated for years. The question is whether (China) is under any sanctions. That is the answer," he told reporters.

Vilnius Mayor Remigijus Simasius said last week the city's administration would not grant a permit to organize a fireworks display in the capital on Tuesday to celebrate the communist China's anniversary.

Protesters planned to stage another protest next to the capital's pedestrian White Bridge on Teat to pay tribute to "the victims of the communist terror in China".

A member of the Tibetan parliament in exile has asked members of the Lithuanian Seimas to act as...