BNS
aA
Abu Zubaydah, a Saudi Arabia-born Palestinian being detained in a US military base, will likely be informed on Thursday about the European Court of Human Rights' final ruling that he was was illegally held in a secret CIA prison in Lithuania more than a decade ago. 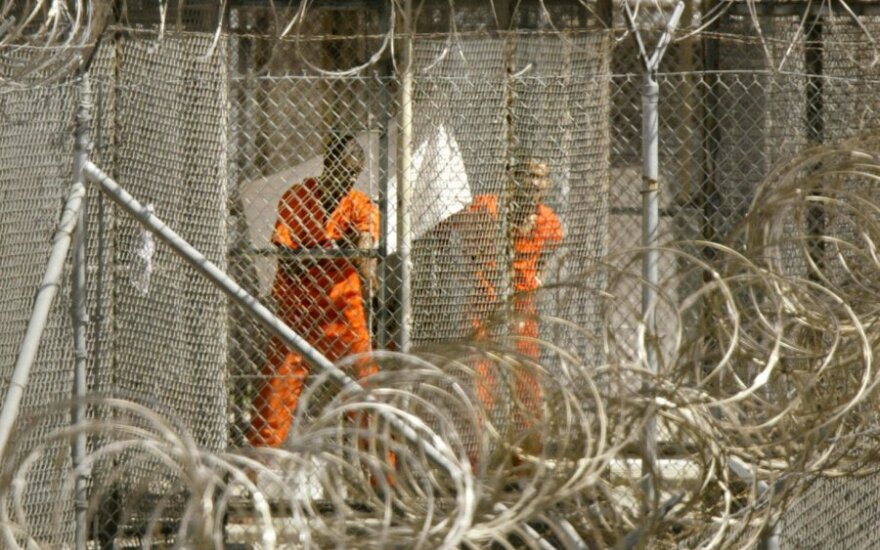 One of the US lawyers who have permission to meet with him at the military detention facility in Guantanamo Bay will do so on Thursday.

"One of those counsels is on his way to him now and will meet with him tomorrow and will be able to give him the news about finalization of the Lithuania judgement," Helen Duffy, Zubaydah's counsel at the Strasbourg-based court, told BNS by phone from The Hague on Wednesday.

The EHCR rejected on Tuesday the government's appeal against its ruling, issued in late May, that Abu Zubaydah had been secretly held at a CIA site in Lithuania in 2005 and 2006.

Lithuania now has three months to pay the man 130,000 euros in compensation.

The court also told the country "to attempt to make further representations to the US authorities with a view to removing or, at the very least seeking to limit, as far as possible, the effects of the Convention violations suffered by the applicant", and to conclude as quickly as possible its domestic investigation and "to identify and, where appropriate, punish those responsible".

According to the ECHR, the Americans captured Abu Zubaydah in Pakistan in 2002 on suspicions that he had been involved in Al Qaeda's 9/11 attacks on the United States. The man was later interrogated in secret prisons in Poland, Thailand and Morocco. He was secretly brought to Lithuania in February 2005 and was transferred out of the country in March 2006.

"He is still detained without charge or trial, 16-and-a-half year after being taken into the secret detention program. At the moment there is no intention, as far as we are aware, to prosecute him but nor there is any indication that he will ever be released," Duffy told BNS.

"All information about the client is still presumptively classified. This is a bizarre situation and an extremely unjust ongoing violation of his rights," she said.

"At the moment he is not able to communicate freely with the outside world and tell exactly what his current situation is. He has been through an enormous amount of trauma and injustice in terms of not only extreme torture that he suffered but also the ongoing arbitrary detention. Obviously, it has an impact on his health".

Duffy does not think there will be any major obstacles for Lithuania to pay the amount of compensation to a person, such as a family member, designated by Abu Zubaydah.

The man was in December 2017 removed from the UN blacklist of individuals subject to sanctions, she said.

The US Senate in December 2014 published a report on secret CIA detention sites. Human rights activists believe that one of the sites, the one referred to as "Violet" in the report, was located in a building in Antaviliai, near Vilnius, between 2005 and 2006.

Lithuanian government officials told the Strasbourg court that the building in Antaviliai had been "an intelligence support center" and that the suspected planes had transported communication equipment rather than people to Lithuania.