BNS
aA
President Dalia Grybauskaitė expects that her meeting with Chinese President Xi Jinping on Monday will open up the way for Lithuanian businesses to the huge market. 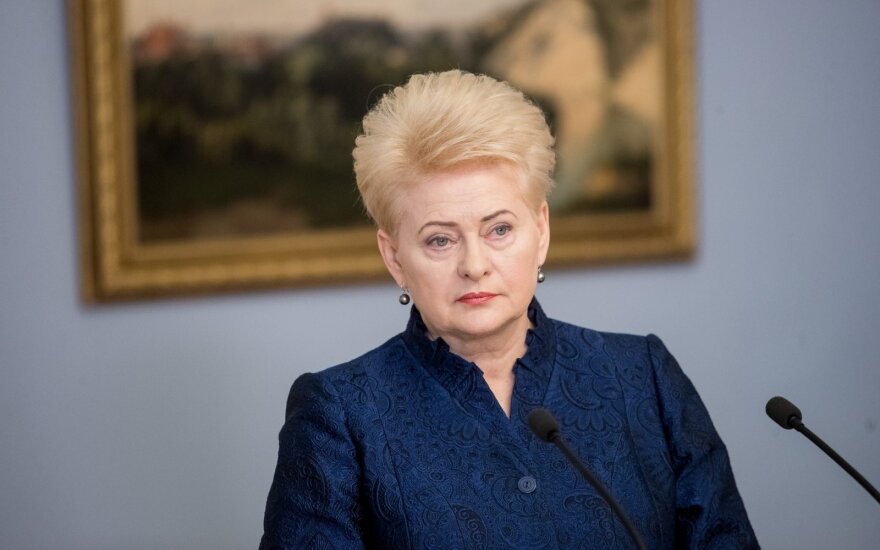 "Our businesses will definitely have support here after such a visit. It is clear that our relations and understanding are very close and warm. I believe that such a meeting will be very useful for future relations," Grybauskaitė said in a comment after the meeting.

"Let's see and act more broadly and always think about our interests", she added.

She described the meeting as quite successful and invited Lithuanian businesses to take advantage of China's opening market.

"I'm glad that we have interests in common when it comes to international trade (and) global commitments on climate change," Grybauskaitė said.

"China is taking on more responsibility for global warming issues (and) international trade issues, and, most importantly, is opening up and inviting countries to its market, which is something new and very important (...), and really beneficial for us," she added.

Grybauskaitė is among the leaders of more than ten states who are attending an import exhibition being held Shanghai in response to criticism that China is reluctant to open up its market to foreign businesses.

China currently ranks 25th among Lithuania's export partners and 13th in terms of imports, based on figures from Statistics Lithuania.

Some officials fear that Chia's investments in Lithuania might also bring unwanted political influence and warn that Beijing's exceptional attention to Eastern Europe is undermining the EU's unity.

Tibet's supporters called on Grybauskaitė to pay attention to the worsening human rights situation in China during her bilateral meeting with Xi Jinping.

Lithuanian president about China visit: it would be unreasonable not to take advantage

Lithuanian President Dalia Grybauskaitė is starting her visit to China and says Lithuania has a...

Lithuania gets EUR 1.6 mln in EU finding to promote mead, sparkling wine in China, US (1)

Lithuania has received 1.6 million euros in funding from the European Union for the promotion of...