www.lrt.lt
aA
In the wake of the attacks in Brussels, Lithuanian president Dalia Grybauskaitė expressed her disappointment in Europe's "naive" reaction to terrorism and called for a war on terrorism. 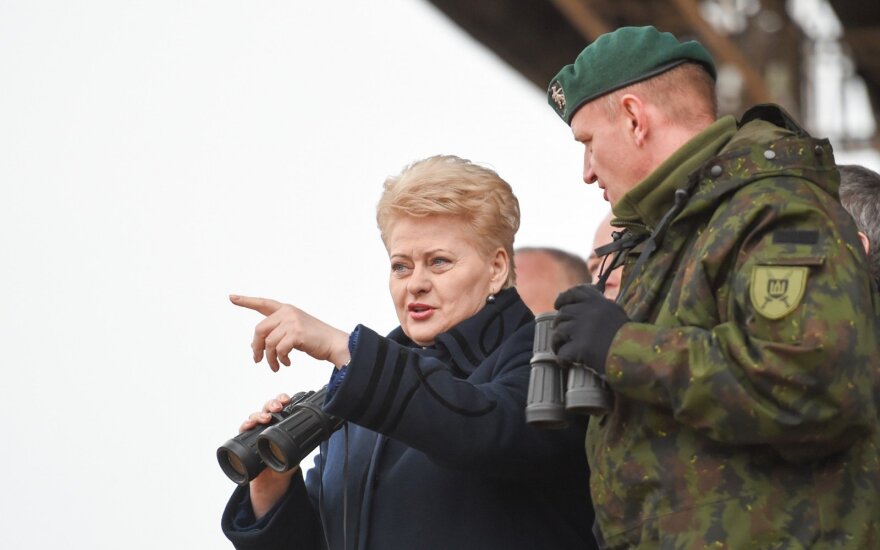 “I believe that we, Europe, are very naïve – our assessment of the threat of terrorism and [terrorists'] actions in Europe has been rather superficial and not serious enough. We need to admit to ourselves that there is a brutal and merciless war being waged against the people of Europe, and that we must react accordingly – we must respond with strength using all of the measures at our disposal. What I mean is that the war must be answered with a war on terrorism,” said Grybauskaitė in an interview with LRT.

Grybauskaitė also claimed that a war on terrorism must be declared because terrorists were criminals who were a threat to humanity and people. “We must react accordingly. We currently see moaning, groaning, tears, and appeals to our values. But they do not consider values. They threaten people's lives, so we must act accordingly. I hope and I want to believe that we will finally wake up and understand that they live in another world and another civilisation, and we must answer their war with the same appropriate measures,” she said.

Related articles
Terrorist attacks ‘are a problem for all the Western European society’ – Lithuanian analyst
Brussels blasts: The struggle to secure soft targets

This would mean, according to her, strengthening Europe's information security, since it is currently too easy to distribute propaganda and recruit young Europeans. “Indeed, we are currently powerless because we have been too naïve in our assessments and in our reactions to the challenges of terrorism that we are faced with. We are losing a lot of people to terrorism. In reaction to the events in Brussels, of course, Lithuania is strengthening and has already strengthened the protection of our most important strategic objects,” said Grybauskaitė.

Grybauskaitė explained that the system, which had been created after the attacks in Paris, leapt into action immediately, and meetings between intelligence and security services were held. “The threat level has not been increased, but that's good. Of course, we must maintain our vigilance and must be prepared for anything,” she said.

On Thursday, the president will meet with the deputy secretary general of NATO and the North Atlantic Council, which is arriving in Lithuania for the first time and only travels to specific countries on special occasions.

Grybauskaitė said there was a reason why the council had chosen Lithuania. “We were probably chosen (at least, I think so), because we are a sort of symbolic measure for the region that can be used to measure the threats facing the entire region. It's certainly worth visiting us. We have been preparing the most for preventing those threats: we've been investing the most, we know what we want, and we're making the right decisions. For example, we are increasing our financing, and last year we created a rapid reaction force,” said Grybauskaitė.

Europe must, at least temporarily, close its doors to economic migrants according to Lithuanian...