DELFI EN
aA
A group of Lithuanian legislators, mostly conservatives, want the government to pick a fight with Norway over kids taken from Lithuanian immigrant families by Norwegian child services. 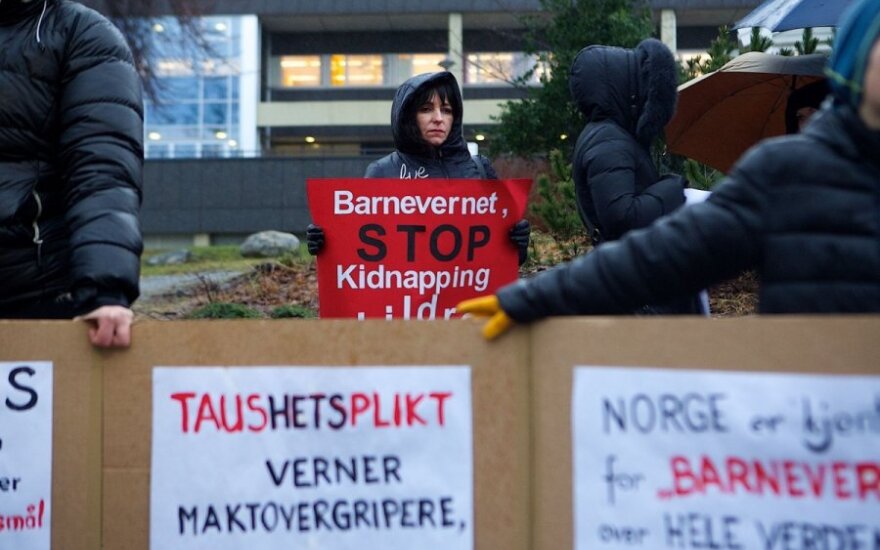 Seven MPs have registered a resolution in the Lithuanian parliament, the Seimas, that might very likely lead to diplomatic rows with Norway. The document suggests to obligate the government to "create a legal mechanism for immediate response" to cases when under-aged citizens of Lithuania are taken from their parents in Norway or "other non-European Union states".

The group does not stop at that, however. They suggest that Lithuania take leadership in the EU on the issue. According to the proposed resolution, the Lithuanian government should "start a debate in EU institutions and initiate changes in EU legislation to provide for protecting the rights of under-aged EU citizens who reside in the territory of the Kingdom of Norway and other non-EU states".

A controversy erupted in recent months when a Lithuanian mother, who currently resides in Norway, had her parental rights suspended by the country's child protection services, the Barnevernet, and attempted to take her minor son out of Norway. The story attracted heated reactions from the public and some politicians, who say that Norwegian authorities are discriminating against Lithuanian immigrants and purposefully trying to take away children from families.

Meanwhile Norway's Ambassador in Lithuania Dag Malmer Halvorsen has said that children are very rarely taken from their Lithuanian families in Norway, quoting statistics that there have only been 13 cases over the last two years of Lithuanian families investigated by child welfare services and ten of these were settled in the parents' favour. Norway's institutions always put children's rights above those of parents, he said.

Polish investigator who kidnaps Lithuanian children from Norway's child services: We did things we cannot talk about (1)

It is a public secret what Krzysztof Rutkowski, a Polish private investigator, does for a living. He...