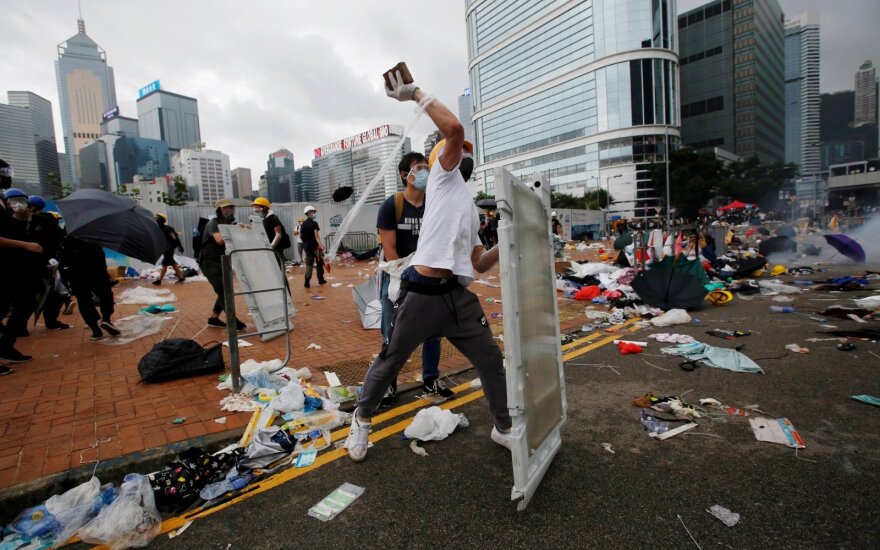 A draft resolution expressing concern over Beijing's plans to impose a new national security law in Hong Kong has been registered by 36 Lithuanian lawmakers. The bill is being submitted by Gabrielius Landsbergis, leader of the opposition conservative Homeland Union – Lithuanian Christian Democrats, Viktorija Cmilyte-Nielsen, leader of the Liberal Movement, Valerijus Simulik, chair of the parliamentary Committee on Human Rights, representing the ruling Lithuanian Farmers and Greens Union, as well as other lawmakers, mainly from opposition groups.

Related articles
Chinese, Russian equipment used by residents might spy on them
Ambassador: shipment of medical protection means to reach Lithuania as fast as possible

Last week, the Chinese parliament backed a proposal to bypass the Hong Kong legislature and impose a new national security law in the semi-autonomous territory. Critics are concerned that that new law might do away with the freedoms of speech and political opposition activity.

"Beijing's imposing the national security law directly, not via Hong Kong's institutions, would put constrains on the freedoms of people in Hong Kong, would destroy Hong Kong's autonomy and also preconditions for its prosperity," the draft resolution says.

The draft resolution also calls on the Lithuanian president and government to support the rights and freedoms of the people of Hong Kong by "defending in a principled manner the international rule of law within the European Union's political formats by forming the European Union's united, principled position, based on the fundamental freedoms and democratic values, on China's violations of international law and human rights".

Ambassador: shipment of medical protection means to reach Lithuania as fast as possible

A shipment of medical protection means will be delivered to Lithuania as soon as possible, the...