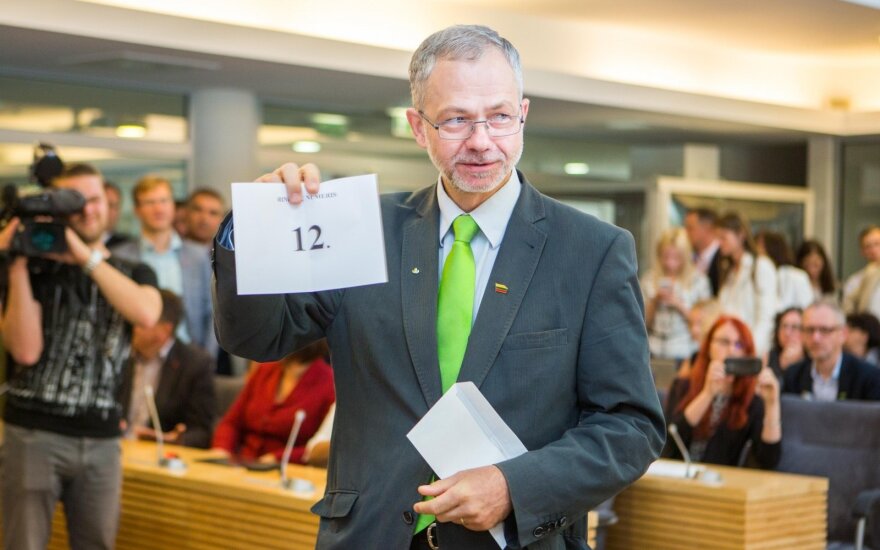 Russia is not a terrorist state thus relations with it should be improved Linas Balsys, head of the Lithuanian Green Party (LŽP) stated in an interview with LRT Radio. According to him only the President of the Eastern neighbour exhibits some terrorist’s traits. The Chairman of the Homeland Union-Lithuanian Christian Democrats (TS-LKD) Gabrielius Landsbergis is convinced otherwise however, stating that relations can only be improved on Russia starting to adhere to the 2014 Minsk Agreement.

Related articles
Abromavičius, Šimonytė, Ušackas and Pavilionis among conservatives' candidates for ministers
At least we don’t have a “Trump-like” candidate this election - Katkevičius

“Russia is no terrorist state. President Vladimir Putin exhibits some terrorist’s traits. We have to clearly identify between the Russian people and the Russian government. The people of Lithuania have many relatives, friends and acquaintances [among the Russian people]. They can see that the Russian people are normal,” stated L. Balsys, criticising the Lithuanian leadership for its apparently overly hawkish rhetoric in the direction of Russia.

Gabrielius Landsbergis is firmly against a reboot of relations with Russia, stating that it is necessary to ensure that Russia is complying with the Minsk agreement before a positive relationship can be re-established, with the activities of Russia in Ukraine leaving no space for improving relations. At the same time he highlights the need for cooperation and dialogue with Poland, who, despite a lately rocky relationship with Lithuania, remains a key partner in ensuring security in the region.

While Balsys tended to agree with the idea of improved relations with Poland as a key area to work on, he used this as an opportunity to jab at the President Dalia Grybauskaitė, pointing out the continuously worsening relations between Poland and Lithuania during her two terms.

The debate on relations with Poland also touched upon the spelling of Polish surnames in the Lithuanian documents with non-Lithuanian lettering. With members of TS-LKD pointing out the work done by the Conservative Andrius Kubilius’ cabinet in the previous term, they also diverted some of the criticism for deteriorated relations with Poland away from the President and onto the current coalition government. The Conservatives pointed out that the coalition, led by the Social Democrats, also failed to put forward any work to improving bilateral relations with Poland during their term. The response to this from the Lithuanian Green Party focused on how voters should keep in mind how it appears that this is related to the ambitions of individual politicians harming certain government processes.

The conservative leader is too young and inexperienced to be aiming for the prime ministerial post,...