BNS
aA
If Greece fails to reach a debt deal with the European Union, the country may fall back into recession, Valdis Dombrovskis, the European Commission's vice-president for the euro and social dialogue, said in Vilnius on Tuesday. 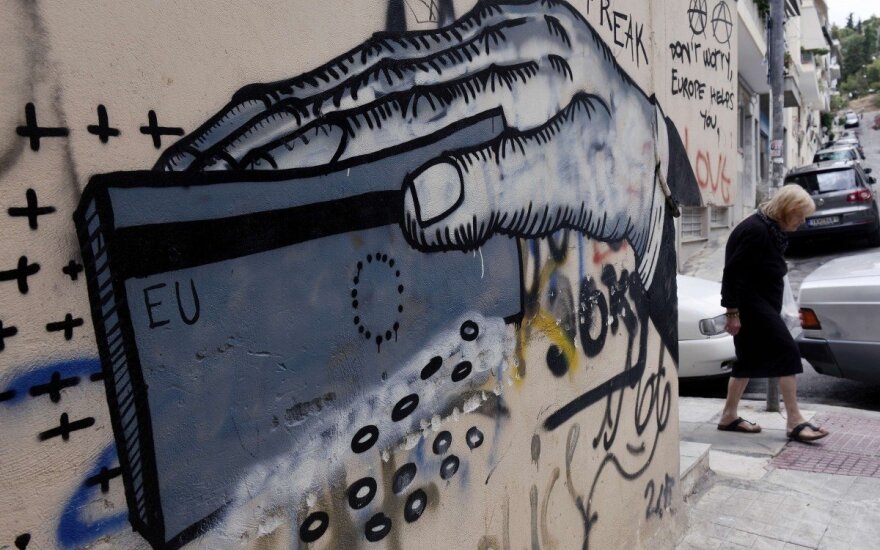 "Regarding negotiations with Greece, we believe that what is really needed now is political will from the Greek side to reach a final agreement. During the last half of the year, there has been a return of financial instability and with this, also a slowdown of economic activity. Previously, we forecast economic growth for Greece of 2.5 percent, but in the spring forecast, it was reduced to only 0.5 percent. If this uncertainty continues, if there is no agreement, there is also a possibility for Greece to slide back to recession," he told reporters.

For this reason, it is very important that an agreement is reached, the EU commissioner said.

The Commission currently is not considering any scenarios other than Greece staying in the eurozone, Dombrovskis said.

"However, it is worth noting that time is running out, the program has been extended till the end of June and now it is already the middle of June. It is understandable that some member states are nervous and there are some discussions in the euro working group as to what the possible implications of some other less favorable scenarios are," he said.

Greece's 240-billion-euro bailout expires on Jun. 30, and to receive the final tranche, Athens must agree on reforms by Thursday when the eurozone's 19 finance ministers, who play an important role in the rescue program, meet in Luxembourg.