BNS EN
The Lithuanian government must explain the benefits of the proposed state forest management reform, which is opposed by some ruling and opposition lawmakers, President Dalia Grybauskaitė said on Thursday. 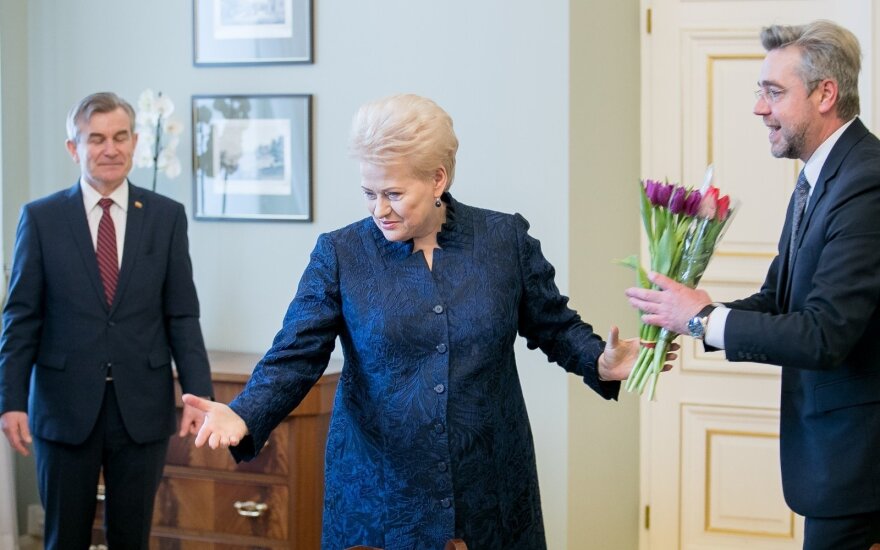 "The forest reform shows that both the government with its new young ministers and the Seimas lack experience of how to carry out reforms," the president said on LRT Radio.

"A very elementary rule here is that, first of all, you need to have a clear reform process, based on objectives and needs, and, second, you have to present it and convince politicians, the Seimas, the general public and people in that sector, that is, start with the justification of the reform," she said.

A failure to explain and justify the planned reform causes unnecessary confusion, giving a chance for opponents to derail it.

The Cabinet on Wednesday decided to merge the country's 42 forestry enterprises into a single state enterprise named Lietuvos Valstybiniai Miškai (Lithuanian State Forests, or LVM), a move that the Environment Ministry says will help to use the state's forest assets more efficiently.

The opposition Homeland Union–Lithuanian Christian Democrats appears to be the only party in the Seimas to support the proposed reform.

Prime Minister Saulius Skvernelis, who represents the Lithuanian Farmers and Greens Union (LFGU) but is not a member of it, on Wednesday tried to convince the ruling party's political group in the parliament to vote in favor of the reform. Skvernelis said publicly that he thought that the LFGU and its chairman, Ramūnas Karbauskis, would support it.

The Lithuanian Social Democratic Party, the LFGU's coalition partner, as well as the opposition Liberal Movement and Order and Justice, have criticized the planned overhaul and say they will not back the bill unless improvements proposed by them are adopted.

In a move that is yet to be approved by the parliament, the Lithuanian government on Tuesday decided...

The Lithuanian Farmers and Green Union group will unanimously support the government's proposal to...

Lithuania's parliament, which is opening its spring session on Friday, should rally the "courage to...